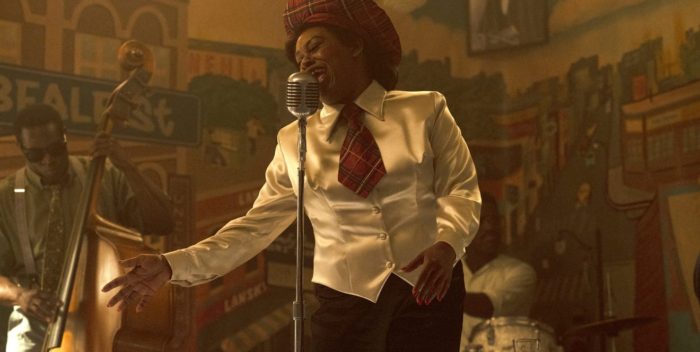 Shonka Dureh is not a household name. But she steals a scene in Baz Luhrmann’s summer hit, “Elvis,” playing Big Mama Thornton. She sings Elvis’s first hit, “Hound Dog,” which inspires the singer to cover it.

Now comes a report that Dureh, 44, has been found dead in her Nashville apartment. According to a report from the Tennessean, Dureh was discovered by her two young children. They say so far police do not suspect foul play.

Dureh’s bio is comprehensive. This is just tragic news to come when she was having such success.