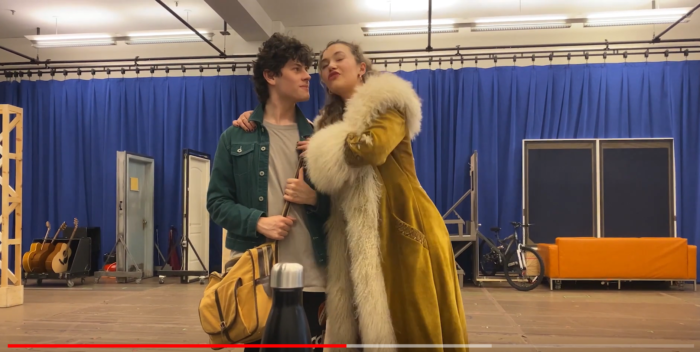 Penny Lane is coming to Broadway.

Cameron Crowe’s “Almost Famous,” the musical, has a theater, a start date, and an opening night.

“Almost Famous” will move into the Bernard Jacobs Theater on West 45th St, taking over from “Company.” Previews being on Monday, October 3rd ahead of an official opening on Thursday, November 3rd.

Lia Vollack, who’s made such a success of the Michael Jackson musical, “MJ,” is producing. Her Tony winning husband, Derek McLane, is doing the sets.
Almost Famous has music and lyrics by Tony, Grammy, Emmy and Pulitzer Prize Award winner Tom Kitt, direction by Tony and Olivier Award nominee Jeremy Herrin, and choreography by Sarah O’Gleby.

“Almost Famous” is one of my favorite movies of all time. I’m crossing my fingers for a big hit on stage!