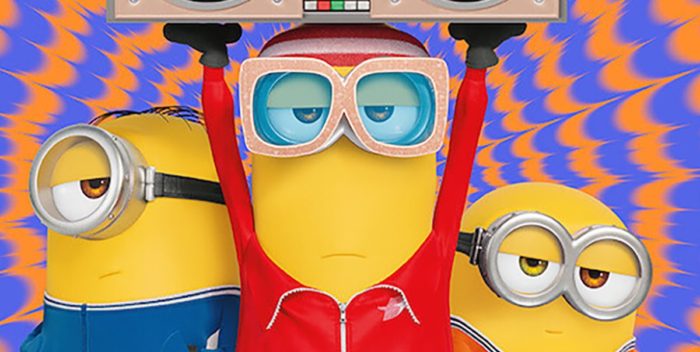 “Minions” is not about gatherings for prayer of 13 bar mitzvahed men. That’s “Minyans,” coming this winter at Sundance.

“Minions” (subtitled “The Rise of Gru,” which is not a leavened bread) is the Universal Pictures animated film, sixth in its series, which just broke the 3 day July 4th weekend box office record for animated films. Total take (including the 4th): $128 million. As I noted yesterday, that’s more than Pixar’s “Lightyear” has made in three weeks.

Universal must have prayed, though and their prayers were answered. They have 3 of the top 5 movies this weekend. The others are the massive hit, “Jurassic Park Dominion” (which is not about dinosaurs eating voting machines) and “The Black Phone” (about the horrors of not being able to get an iPhone 13 in matte black).

Plus, Universal Focus is still on the charts with “Downton Abbey: A New Era,” which is also showing on Peacock (and has ruffled some feathers).

The kids obviously love “Minions,” and adults don’t mind taking them. Donna Langley, the amazing head of Universal, runs that studio with perfection. She is tops in Hollywood, and also a very smart lady. So congrats to her and the whole gang.