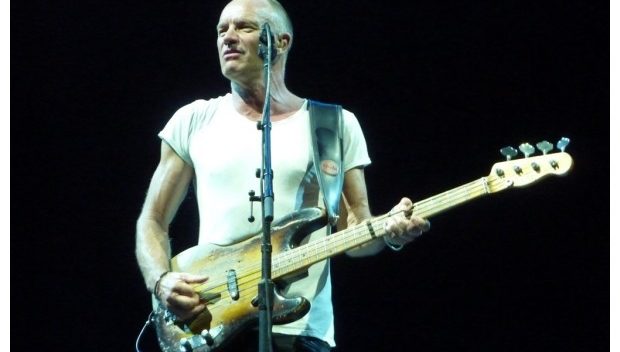 The track and the album it’s from, called “Com Fly Wid Mi,” are produced by none other than Sting. The single is out now, watch the video. The album hits on May 25th with Shaggy appearing on a lot of talk shows. The next night, May 26th, there’s a special live performance with Sting and Shaggy at the Blue Note in Greenwich Village.

PS Sting’s tour has arrived in the US. He’s playing Mohegan Sun Casino in Connecticut on Sunday, May 15th. Then comes his residency in Las Vegas.

Meanwhile, “Mrs. Sting,” the one and only Trudie Styler has been in Ukraine meeting refugees and raising money. Plus Sting and Trudie’s daughter, Elliot Sumner, has a new single (see below) called “Angel” from the movie, “Infinite Storm,” which Styler produced.