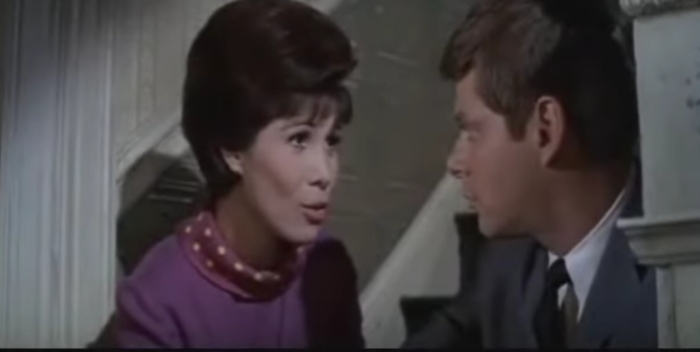 Michele Lee is best known for starring as Karen McKenzie for 14 years on CBS’s “Knots Landing.”

But Lee had a big Broadway career in the 1960s and early 70s, starting with “How to Succeed in Business Without Really Trying.” She was Rosemary to Robert Morse’s J. Pierrepont Finch first on stage and then in the 1967 movie. He famously sang “I Believe in You” to Lee, and in the film she sang it with him.

Hearing the news about her lifelong friend’s passing, Lee told me this afternoon: “I really believe Bobby was the Robin Williams of musical theater. He was a comedic genius. You never knew what he was going to do up there. And when you see us on screen, that’s not just Rosemary looking at him adoringly, that’s Michele Lee. That was really how I felt about him.”

Lee did not originate Rosemary. She was the replacement for the original actress, Bonnie Scott. who became pregnant four or five months into the run. But she and Morse just clicked, and the rest is history.