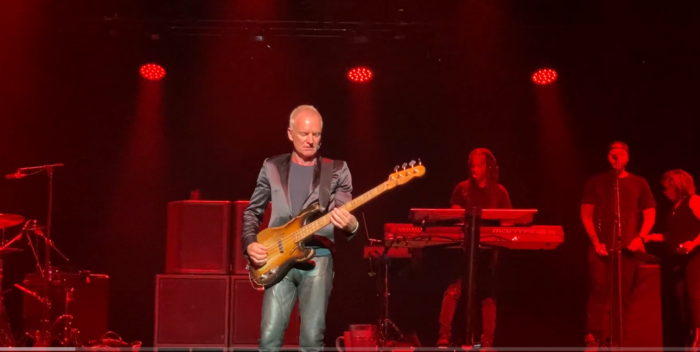 Sting is back on tour and killing it.

On Friday night the former Police-man began a sold out six night run at London’s Palladium. The set is called “My Songs” and begins with an amazing version of his song, “Russians,” accompanied by a Ukrainian violinist. On social media fans are raving about the show. Sting brings “My Songs” to the US next month including a residency at Caesar’s Palace in Las Vegas starting in late May.

PS Note to Sting: Please add “I Can’t Stop Thinking About You” to your set list when you come to Mohegan Sun in mid May!