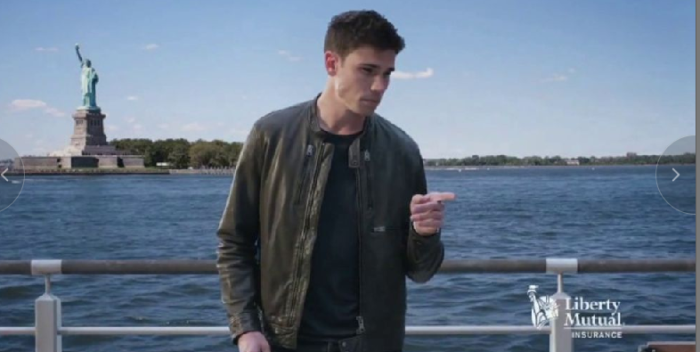 Believe it or not, one of the most popular stories on this site was about a commercial actor named Tanner Novlan.

Novlan appeared in a very funny insurance commercial for Liberty Mutual a couple of years ago. He’s a kind of nitwit actor who can’t remember the words being fed to him by the director. He calls the company “Liberty Biberty.”

From the commercial he was hired to be on the CBS soap “The Bold and the Beautiful.” He played a doctor with unspecified skills, which is normal for soap doctors. They are often cardiac surgeons who also open brains.

Sadly, Novlan’s character, Finn, was killed off the show last week. Apparently, his mother shot him dead. Well, why not?

This must have been in the air. For the last several weeks, the Liberty Mutual commercial started playing again everywhere after having been off the air for about a year.

Novlan is funny in the commercial. I doubt his sense of humor was utilized on “The Bold and the Beautiful.” May his next gig be in an actual comedy.