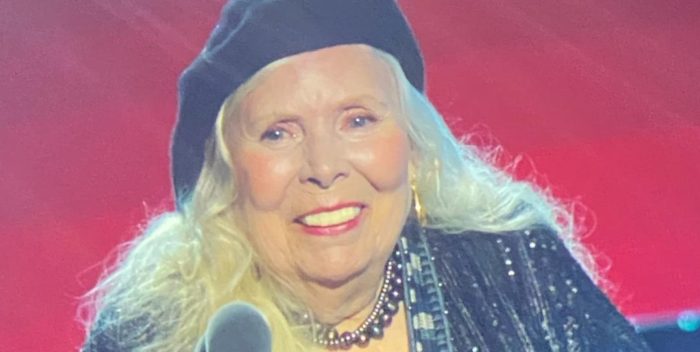 Joni Mitchell made a triumphant appearance last night in Las Vegas at the Grammys Musicares Person of the Year dinner.

Joni was honored by the music industry in a sold out ballroom with legions of fans and dozens of A listers.

Joni’s biggest chart hit, “Help Me,” was delivered by a surprise new star: Violet Grohl, the 16 year old daughter of Foo Fighters leader Dave Grohl. She came to the dinner with her mom and sister. Her dad is mourning the loss of Foo Fighters drummer Taylor Hawkins. Violet was a knockout, she has a disarmingly beautiful voice.

Nash sent a video, as he is on tour. So did James Taylor, Meryl Streep, and Clive Davis. 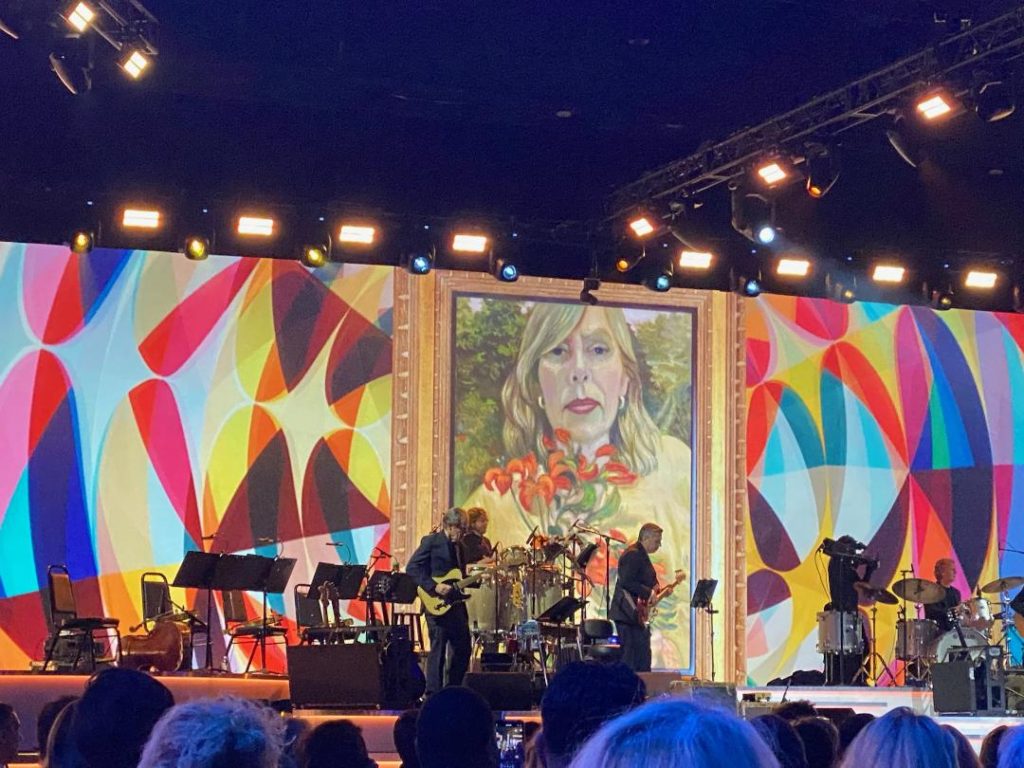 The night capped an incredible year for Joni, who celebrated the 50th anniversary of her landmark album, “Blue,” and had accolades every month. She has enormous fortitude considering the singer-songwriter suffered a brain aneurysm in 2015 that left her temporarily unable to walk or talk. But last night she walked proudly with the help of a cane and spoke and sang as if no time had passed. Bravo! She led the crowd in a big, final jubilant sing-a-long of “Big Yellow Taxi.”