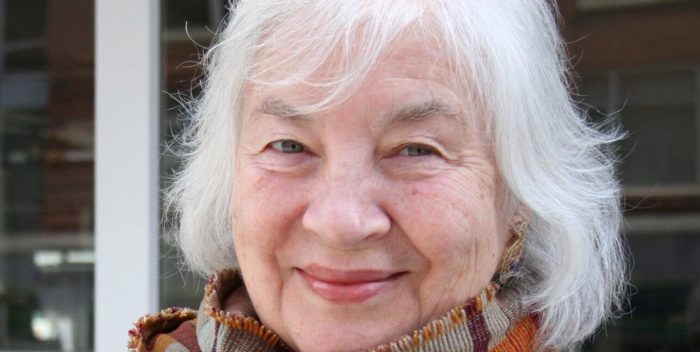 It is with deep sorrow that I have to say goodbye to Nancy Milford, my friend, the great writer and presence in the New York literary world.

Nancy and I really were very close friends in the late 80s and early 90s at the Writers Room on Waverly Place, and even though friendships change, they never end. She was such a bright light with an uncommon sense of humor and wisdom, I will never forget her. Few will.

Nancy had already famously published her biography of Zelda Fitzgerald when I met her. She was supposed to be working on her biography of Edna St. Vincent Millay but she was a terrible procrastinator. Can you imagine? She loved to gossip, and here I was, a gossip columnist working sort of on a novel. We talked a lot. This was a time before cell phones and the internet. There was barely word processing. Also, Nancy hung out a lot in the smokers’ room — yes there was a smokers’ room! — into which I did not venture.

Laurie Colwin’s husband, Juris Jurijevics, brought me into the Writers Room in 1987, at the corner where we used to say, Waverly meets Waverly. It was an old, funky space filled with used bankers’ desks and flimsy partitions. There were barely electrical outlets. There was no noise allowed– no talking, and there were no phones, so that wasn’t a problem. Nancy was a founder so she had her own office, where she was supposed to be working on that book. She’d been there for a long time. I was there with her for a year, had a three year break, and then returned for another run.

You ask, what was she doing? She was teaching, and traveling. She was giving readings. She was only in her 50s then, younger than I am now, but she was running a salon of sorts. Everyone there– even the famous writers — loved her and looked up to her. She was just a sweetheart, someone you always wanted to hug. She made you feel like writing and literature were magic, and you were lucky to be part of that world.

Eventually she published “Savage Beauty,” mostly because I think her editors forced her hand. The book didn’t get spectacular reviews at first because the anticipation level was so high. Look at it again, it’s very good. A lot of actresses looked at it for movies. I always though Renee Zellweger would be perfect to play Edna. A movie deal would have juiced the enthusiasm for it. Still, “Savage Beauty” was a best seller.

It’s funny, when you know someone who’s famous in one realm, you think everyone knows them too. At one point, Toni Morrison came into our lives. (It was for some fundraising thing.) I already knew her, but she was meeting Nancy for the first time. The two great writers just  fell in love with each other — not that way — and it was so much fun to witness it. Toni was just gaga for Nancy and her books, and her love of literature. Nancy was in awe of Toni. It was very sweet.

I lost touch with Nancy the last few years, and I gather she had some serious health issues. I’m so sorry about that. She was such a generous spirit, and nurturing to a fault, She loved her kids so much, and loved living in the center of Millay’s Greenwich Village, and being front row for all the action. And now she’s in heaven, meeting Edna and Zelda and the Murphys and all the people who lived in her head, and they are enjoying the hell out of her.

I will really, really miss her.