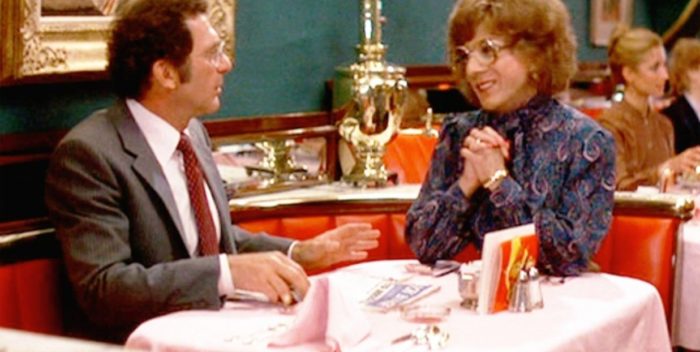 I’m seeing a lot of stories about people boycotting the Russian Tea Room because of the Ukrainian war.

Really, don’t bother. The real Russian Tea Room on West 57th St. closed in 1995. The one that’s there now is a theme park, a facsimile, fake chews.

I know. I was there for last Saturday lunch at the end of that year.

Faith Stewart Gordon, the widow of Sidney Kaye, ran the RTR for decades after his death. But she sold it in 1995 to Warner LeRoy, the owner at different times of Maxwell’s Plum and Tavern on the Green.

This is where everyone gets the story wrong. LeRoy demolished the original building. He sold everything in it at auction. Everything. I actually walked through the space when it was down to studs. All the samovars and paintings, dishes, place settings, all of it was gone.

LeRoy built a new, bigger, and artless structure in its place. He reopened the restaurant in 1999 and it was a dismal failure. Even with the large glass bear filled with fish on the second floor, the no one came. The magic was gone. They closed again in 2002. Golf Magazine took over the building. Eventually investors came in and installed whatever is there now.

The real Russian Tea Room was a magnet for celebrities, especially at lunch time. As Elaine’s was the place where the A list checked in at night, the RTR was for lunch. (Dinner was mostly for the Carengie Hall crowd.) I met so many famous people in the Russian Tea Room it’s hard to remember. This was largely because Ona Desouza, who was the matire’d, liked me, and vice versa. She was Oprah before there was Oprah. Ona stood at the host podium and sized everyone up, sending tourists to the back of the room and making sure the stars had their blintzes.

Sydney Pollack did film the famous scene there with Dustin Hoffman for “Tootsie” and Woody Allen filmed there for “Manhattan.” I had lunch there in 1983 with Tony Randall. I was working for Ballantine Books as a publicist and had to promote something called “The Odd Couple Trivia Book.” I needed Tony’s help. I wrote to him and his response was, let’s meet at the Russian Tea Room. His famous press agent, John Springer, came, too. It was the most exciting lunch I’d had to that point, and still ranks in the top 5. I have no idea what we ate. Every single movie or theater producer, actor, musician stopped at the table. And after that, Ona let me sit in the front of the room for the next 12 years.

No one involved with the RTR was Russian. Not even the waiters who, trust me, maybe served Russian dressing but weren’t ‘rushin” anywhere. So boycotting it won’t do anyone any good. I returned there a few years ago under protest, for a movie premiere party. The whole place looked like a cheap replica, something shiny made in Hong Kong with green felt on the bottom and a gold sticker. The only thing about I like now is that the front of the building is made to look like the old place. But when you push open those revolving doors the old rush of excitement is long gone.

The only upside? They don’t have outdoor dining.