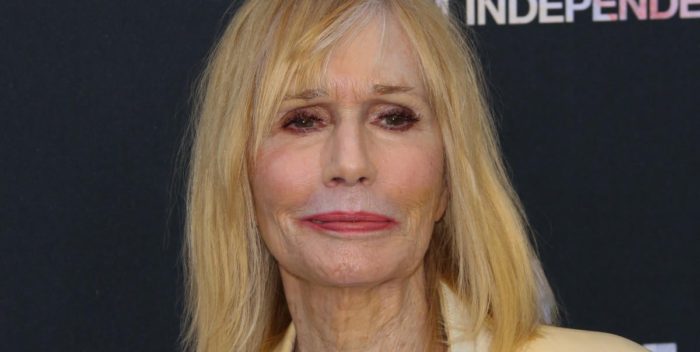 I was at the screening of “The Batman” when news broke of Sally Kellerman’s death. She was 84 and had been in declining health for some time.

Sally was the original Hot Lips Houlihan from Robert Altman’s movie, “MASH.” She was an Altman favorite and long time friend of both Bob and Kathryn Altman. Bob featured her in many other films including Brewster McCloud, Ready to Wear, The Player and the Altman-produced “Welcome to L.A.” directed by Alan Rudolf.

Her first film was “Reform School Girl” in 1957. She went on to spend most of the 1960s in various television appearances, with her big break coming in “MASH.” She earned an Oscar nomination for Best Actress in a Supporting Role, as well as nominations for a Golden Globe and the Kansas City Film Critics Circle award for Best Supporting Actress.

Sally had a sly sense of humor that was also very sexy. Whenever she appeared on screen, she had a distinct personality that set her apart from all other actresses. She was also smart, and quick, which gave her a foot up in roles. She was very good at droll satire, which is why Altman liked her so much. I don’t know if Bill Persky’s “Serial” from 1980 is around, but it’s worth finding to her in it. Some of her other movies were “Last of the Red Hot Lovers,” “Slither,” “The April Fools,” and “Back to School,” as well as television shows Star Trek, The Twilight Zone, Bonanza, and The Outer Limits.

I was lucky enough to know Sally over the years. Unfortunately, she was married to a sketchy guy who had financial troubles, producer Jonathan Krane, once the partner of John Travolta. He died a few years ago. Krane had worked for producer-director Blake Edwards who felt that Krane had not been above board with him. But she was one of those great ladies, with a big smile and a hearty laugh who embraced everyone. She will be sorely missed.