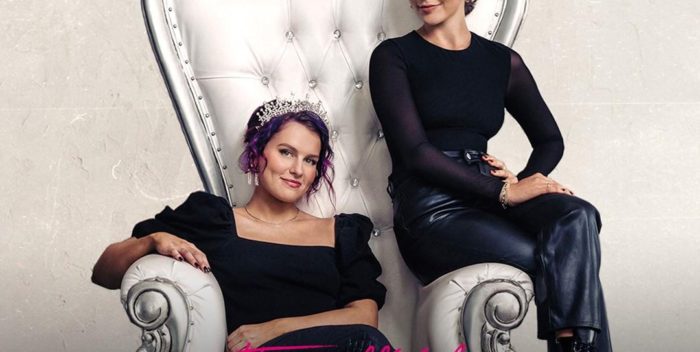 “Dearest gentle reader, did you miss me?”  so says Lady Whistledown, narrated by Julie Andrews in the trailer for season 2 of the Netflix mega hit, “Bridgerton” which dropped today; the show debuts on March 25th.  The fair lady was revealed to be in the finale the anonymous gossiper Penelope Featherington (Nicola Coughlan).

Devoted fans are already lamenting that their heartthrob the Duke of Hastings is not returning.  He was played by now worldwide heartthrob Regé -Jean Page.  Fear not; the trailer is bursting with racy romantic scenes between Anthony Bridgerton (Jonathan Bailey) and Kate Sharma (newcomer Simone Ashley).

If you must have a “Bridgerton” fix now, check out Barlow and Bear, Aka Abigail Barlow and Emily Bear’s Grammy nominated album, “The Unofficial Bridgerton Musical,” their own unique take on the wildly popular series.  #BridgertonMusical has garnered more than 260 million viewers and over 48 million likes to date. Fans are loving the songs “Ocean Away” and “Burn for You.”

Barlow is a TikTok star, and Bear has been a composer and recording artist since the age of 5, working with such powerhouses as Quincy Jones who has said of his protegee, “I’ve been in the business for over 70 years and I have yet to see another artist like her.”

Now back to Rege, even though fans have been hoping for a cameo, creator Shonda Rhimes has said that she doesn’t think he will return to the series. “Here’s why,” she said. “He’s an enormous star now. As I like to say, the idea that we would write Regé to stand around in the background doesn’t make any sense at all to me. What would he do? is what I like to say.” Maybe play James Bond?  That’s what the internet is blowing up about.  Let’s see.  Could be?  In the meantime though, fans can now listen to the soothing voice of Julie Andrews telling us that, “this author has been doing one thing; honing my skills, no even better, I’ve been sharpening my knives.  For all of you!”