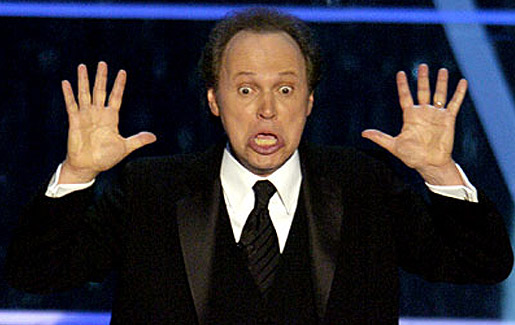 Crystal will be feted for his incredible body of work throughout the years at the star-studded Critics Choice Awards gala hosted by Taye Diggs and Nicole Byer, which will broadcast LIVE on The CW and TBS on Sunday, March 13 from 7:00 – 10:00 pm ET (delayed PT – check local listings).

Tony and Emmy Award-winning comedian, actor, producer, writer, and director Billy Crystal is known to audiences around the world as the star of such films as When Harry Met Sally…, City Slickers and Analyze This, as a cast member of NBC’s Saturday Night Live, and as the acclaimed nine-time host of the Academy Awards.

Next on the horizon, Crystal returns to Broadway in his very first musical comedy Mr. Saturday Night. Written by Billy Crystal, Lowell Ganz, and Babaloo Mandel, Mr. Saturday Night is the story of an outrageous and outspoken comedian seeking one more shot at the spotlight some 40 years after his TV career flamed out. The brand-new musical comedy about one comedian’s meteoric rise to the middle arrives on Broadway this Spring, opening April 27, 2022.

Crystal landed his first major television role in 1977 on the comedy series Soap, playing Jodie Dallas, one of the first openly gay characters on TV. In 1984 he hosted Saturday Night Live and a few months later joined the regular cast. His best-known SNL creation was Fernando, an unctuous talk-show host whose tagline, “You look mahvelous!” entered the popular lexicon.

In 2015, Crystal made his return to series television opposite Josh Gad in the FX series The Comedians. Crystal portrayed a superstar veteran comedian who is reluctantly paired with Gad, an edgier up-and-coming star, in an unfiltered, behind-the-scenes look at a late-night sketch comedy show where egos and generations collide.

Crystal’s many feature film credits include the buddy cop comedy Running Scared (1986), Rob Reiner’s comic fairy tale The Princess Bride (1987), and Danny DeVito’s dark comedy Throw Momma from the Train (1987). But his breakthrough role came in 1989 when he starred opposite Meg Ryan in Reiner’s When Harry Met Sally…, which became a romantic touchstone for a generation of moviegoers. Other iconic titles include Mr. Saturday Night (1992) and America’s Sweethearts (2001). He also starred opposite Bette Midler and Marisa Tomei in the 2012 Christmas family comedy Parental Guidance, which he also produced. In addition, he is the voice of one-eyed Mike Wazowski in Disney•Pixar’s animated global blockbuster Monsters, Inc. (2001), its prequel Monsters University (2013), and the Disney+ television series Monsters at Work, now in production for its second season. Crystal’s latest work includes the friendship comedy Standing Up, Falling Down (2020) opposite Ben Schwartz, and his most recent feature Here Today (2021), which Crystal co wrote, directed, produced, and starred in opposite Tiffany Haddish.

As a director, Crystal was nominated for both an Emmy and a Directors Guild Award for his direction of the 2001 HBO movie 61*, which told the dramatic story of the 1961 race between Mickey Mantle and Roger Maris to break Babe Ruth’s single-season home-run record.

In addition to hosting the Oscars nine times—most recently in 2012—Crystal has also hosted the GRAMMY Awards three times. His work as a host, writer, and producer on the televised awards shows has earned him 14 Emmy nominations and five wins. Crystal won a sixth Emmy for his 1989 HBO comedy special, Billy Crystal: Midnight Train to Moscow in which he was the first American comedian to perform in the Soviet Union. Other HBO specials include On Location, A Comic’s Line, and Don’t Get Me Started. Along with Whoopi Goldberg and Robin Williams, Crystal hosted HBO’s Comic Relief. These comedic telethons raised almost 75 million dollars to provide medical aid for the homeless in America.

Crystal co-wrote, produced, and starred alongside Kevin Kline and Annette Bening in Have a Nice Day, a play that was recorded live at The Minetta Lane Theatre. It was released on Audible on November 2, 2018 and became an instant best-seller. In his 2013 New York Times best-selling memoir Still Foolin’ ‘Em: Where I’ve Been, Where I’m Going, and Where the Hell Are My Keys? Crystal offers his heartfelt and humorous observations on aging. The audiobook version debuted at number one on iTunes and was nominated for a Grammy Award for the Best Spoken Word Album and won the Audiobook of the Year at the 2014 Audies Gala.

Crystal made his Broadway debut in 2004 with the original production of his one-man show 700 Sundays, for which he won a Tony Award. The Broadway production was taped in front of a live audience for an HBO special that aired in April of 2014, which garnered four Emmy nominations and was released on DVD that fall.

The Critics Choice Awards are bestowed annually to honor the finest in cinematic and television achievement. Historically, they are the most accurate predictor of Academy Award nominations.

The 27th annual Critics Choice Awards show will be produced by Bob Bain Productions and Berlin Entertainment. The CCA is represented by Dan Black of Greenberg Traurig.