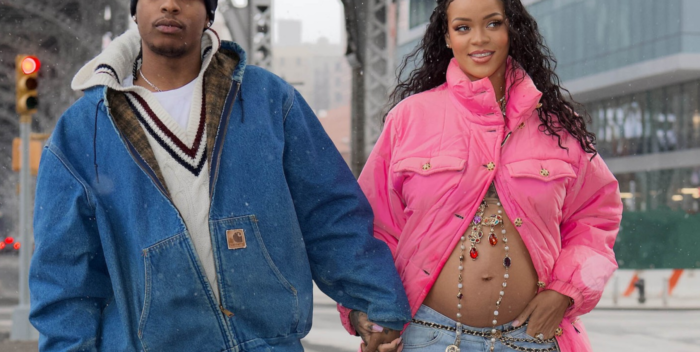 Rihanna’s next release will not be an album. It will be a baby.

The singer from Barbados strolled around Harlem on Saturday with an exposed, large, round belly She was possibly confusing the term “freezing eggs” with “freezing fetuses.” The outside temp was about 20 degrees.

The baby probably wore an expensive fur coat which it will charge to Rihanna’s fashion company once it is born.

The singer whose real name is Robyn Fenty hasn’t actually released an album in six years. Friday was the 6th anniversary of her album, “Anti.” The single was called “Work Work Work” and she hasn’t done any in the music business since then. Rihanna has now beaten Adele record for longest time between records.

But this is a blessed event for Rihanna and boyfriend, rapper A$AP Rocky. It’s unclear if the baby’s name will include a dollar sign or initials.

I met Rihanna during the evening before she and Chris Brown took their fateful drive in Los Angeles. It’s hard to believe she’s only 33 now. She’s really lived through a lot. This is lovely news.

But someone please, buy her a sweater or an overcoat!