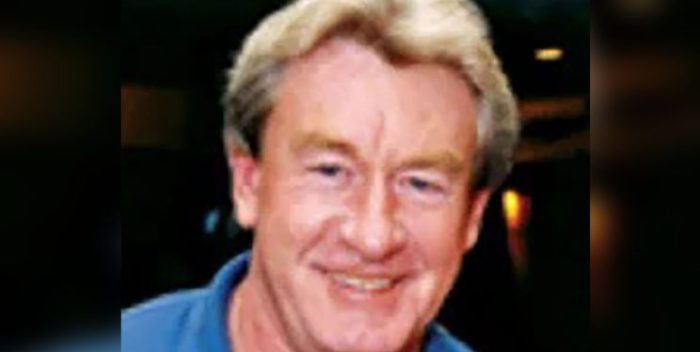 These are the obits you don’t want to have to write, for friends who made an impact on your life. I can’t believe John Connolly has died at age 78. He was one of those people you thought would be around forever because even when I met him, it seemed like he’d been around forever.

I met John thirty years ago at New York Magazine. We were put together as a team to figure out the story of dead diet doctor Stuart Berger. We hit it off right away despite coming from different worlds. John was a retired NYPD police detective with roots in Brooklyn and Staten Island. But his police work was from the Upper East Side, so he knew, as he would say, where all the bodies were buried.

With his ruddy Irish complexion, full head of stand up straight gray hair, an occasional pinky ring and the Brooklyn accent, John was like a Damon Runyon character. How he got to New York magazine was that he’d worked for Kurt Andersen at Spy Magazine doing exposés. Kurt succeeded the great Ed Kosner at New York and John came with him. We did the Berger piece, it was a big success, and it solidified our friendship. He was Batman, and maybe I was Jimmy Olsen.

Three decades have gone by, and John was hot on the trail lately of Jeffrey Epstein. He wrote a book about him under the James Patterson brand, and participated in the Netflix documentary. If there was dirt to dig up, John had the shovel and the pail. He could find gold and diamonds in any desert. He had the scoops.

It was John who guided me on early investigations of people like Michael Jackson and private investigator Anthony Pellicano. John knew a lot about the mob, which we’d discuss over endless dinners at Elaine’s, and sometimes we’d have come into direct contact with them. One time I had to ho to New Jersey to interview an art forger for the New York Observer, so John said he’d come since I knew nothing about the state. He drove, and brought a bat that he put in the back seat “just in case.” We didn’t need it but John did but a fake Calder from the guy for 300 bucks. (“You know, the guy’s not bad,” John said on the way home. I said, “John, the guy’s a criminal!” As John always said about any sketchy guy, “Now, Roger, that doesn’t make him a bad person.”)

There’s a lot more. John had his reporting tentacles everywhere. He knew everyone, what they had done, who they’d done it to, and just enough to get in a little trouble if it all came out. He was a beloved source for the tabloid columns and knew how to trade information. In the 90s and 00s, in New York, this skill was better than being Iron Man. I would not have met the colorful and dangerous characters I came into contact with, and I wouldn’t have thought about a lot of the investigative pieces I wrote without John pushing me forward.

And the thing is, John was a sweetheart. He was a family man. He had a great sense of humor. He loved life. He had a great laugh that would make those Irish cheeks turn pink. I also think I’m surprised to learn John was 78. For a long time he left the impression that he was only a decade older than me. His father, who I knew, only died last year at age 99. And John was so young at heart, so in the moment, that age was never an issue. It’s a shame he didn’t get another ten years to keep muckracking and having fun.

My condolences to Dorothy Carvello, who’s been John’s partner for 25 years, to his daughter, Suzanne, and to the large circle of friends and associates that comprise his world. John was one of a kind, there will never be anyone like him, and I will miss him a lot.

PS Just to be thorough, John loved the name of the band or whatever they were, Insane Clown Posse. We had no idea what they sounded like, he just loved the name. He may have given that title to a few articles (even if it was scotched later by an editor). It was just that the people he wrote about and we knew were, let’s face it, nuts. And all of it, the whole world of celebrities, mobsters, and New York elite seemed like they were an Insane Clown Posse.