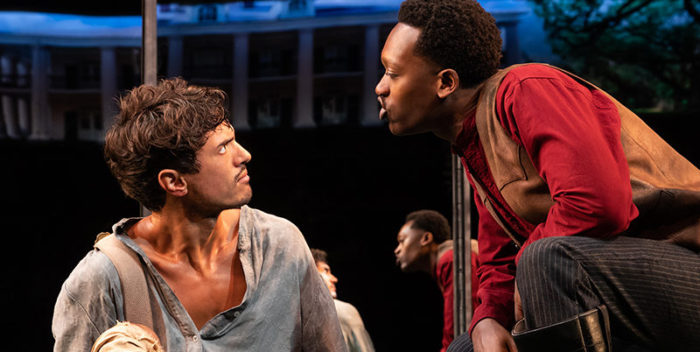 The pornographic and not very good “Slave Play” will still open the season for the Mark Taper Forum in Los Angeles next winter.

Playwright Jeremy O. Harris said he wanted the production pulled because Center Theater Group, of which Mark Taper Forum is a part, didn’t have enough plays by women. He wanted gender parity.

“Slave Play” is a money maker for its producers for no other reason than there’s a lot of nudity and gratuitous sex talk. It did not win any Tony Awards, and for a good reason. It’s not at that level.

But when Harris yapped about pulling out of Los Angeles, his investors I’m sure were not thrilled. Neither was Center Theater Group

So CTG apparently hustled and worked out a deal to bring more productions by women and non binary playwrights. Now, Harris is appeased. What a relief. BTW the play that was always planned to comeafter Harris’s in the CTG schedule is written by a woman and directed by one, too. But why sweat the details?

CTG has posted a notice on their website that reads:

As the season is shaping up, we are excited about our plan to schedule the full Taper 22/23 Season next year with entirely women-identifying or non-binary playwrights and to also have it be a BIPOC majority season. We are focusing our Douglas 22/23 season on majority women-identifying or non-binary and BIPOC playwrights. We will continue our commitment to uplifting/building gender and racial equity within our production directors and artistic teams.