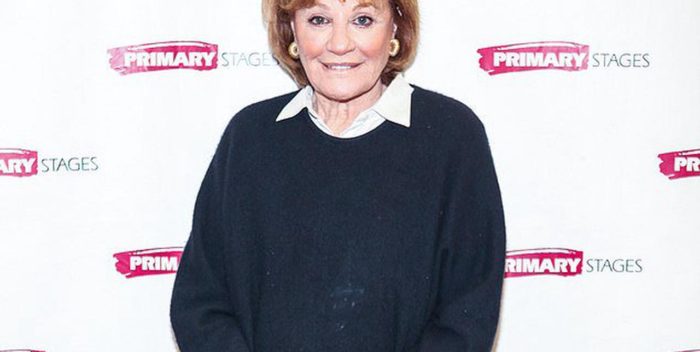 Cynthia Harris’s family has posted an obit in the New York Times. The veteran character actress was 87 years old.

Harris was best known to TV audiences as Paul Reiser’s mom, Sylvia Buchman, on “Mad About You.” But she had a long resume and was a well known New York actress. She was also my neighbor in Greenwich Village for a long time and was a welcome presence everywhere she went.

On television, Harris was nominated for a BAFTA award for playing Wallis Simpson in the prestigious “Edward & Mrs. Simpson” opposite Edward Fox. Her many other credits included “L.A. Law,” “Sirota’s Court,” and “All My Children,” among others. On the big screen, her movie appearances were solid roles with Barbra Streisand in “Up the Sandbox” and with Tom Conti in “Reuben, Reuben.”

According to her obit, Harris “devoted her life to the theater she was active in many philanthropic causes. Most recently she was an artistic director of the Actors Company Theater (TACT). Cynthia is survived by her loving partner Nathan Silverstein, her devoted assistant Terrence Mintern, her brother Dr. Matthew Harris (Frances), her sister-in-law Maryjane Harris (brother David predeceased her) and many nieces and nephews. Cynthia’s passing is a great loss for the dramatic arts and for all of us.”

Condolences to her family and friends. Our neighborhood will be a lot less interesting without Cynthia Harris.