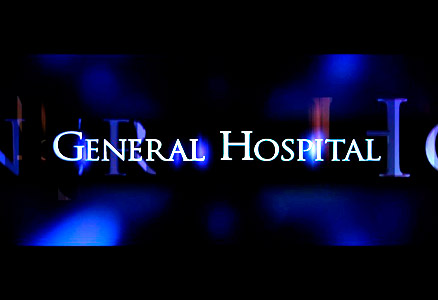 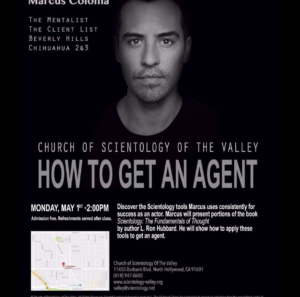 There was a lot of noise today about the temporary recasting of actor Marcus Coloma, a newer member of the cast of “General Hospital” on ABC.

Coloma was suddenly and without explanation not on today’s episode, replaced by another actor. “General Hospital” has had issues recently with actors getting COVID, and one actor< iIngo Rademacher, being a vocal anti-vaxxer.

But now it turns out that whatever sidelined Coloma, he has something else in his background of interest. For 15 years he’s been a major player in Hollywood’s creepy Scientology crowd.

He teaches acting at the “church” of Scientology, where he regularly advertises the “tools” he’s gleaned from the religious cult to gain success.

This hasn’t turned up in any of his interviews since joining the ABC soap. But the website truthaboutcientology.com shows that Coloma began taking classes in 2005 and his most recent class was a year ago. He’s taken about 20 courses over the 15 years.

Coloma’s worked his way to something called Class V Auditor. He’s also an “Operating Thetan” at Level V. In other words, he believes this mumbo jumbo and worships L. Ron Hubbard and Tom Cruise. It’s hard to imagine, but he believes in aliens.

There are few soap actors involved in Scientology including two from “The Young and the Restless”– Michelle Stafford and Sharon Case. There are more than a few in mainstream entertainment, from Tom Cruise and John Travolta to Jenna Elfman and Kirstie Alley. Some have left or escaped, like Jason Beghe of “Chicago PD” and Oscar winner Paul Haggis.

Most notable is Leah Remini, who’s won awards and Emmys for her outstanding documentary series about the cult. Other famous Scientologists in Hollywood are actress Elizabeth Moss, and Nancy Cartwright, the voice of Bart Simpson.

One thing is clear: Coloma’s character, if played by him, won’t be visiting the General Hospital shrink or spending time, as many characters do, in the nuthouse. Scientology doesn’t believe in psychiatry and regularly denounces it. (See Lawrence Wright’s documentary, “Going Clear,” and his book with the same title. Or check out Tony Ortega’s website.)

What isn’t clear: if Coloma has been vaccinated, or believes or doesn’t believe in the COVID vaccine. Scientology has not directly addressed their stance on the vaccine although there’s anecdotal evidence they’re against it. If a Scientology spokesperson wants to clarify the position about COVID vaccines, please email us at showbiz411@gmail.com.