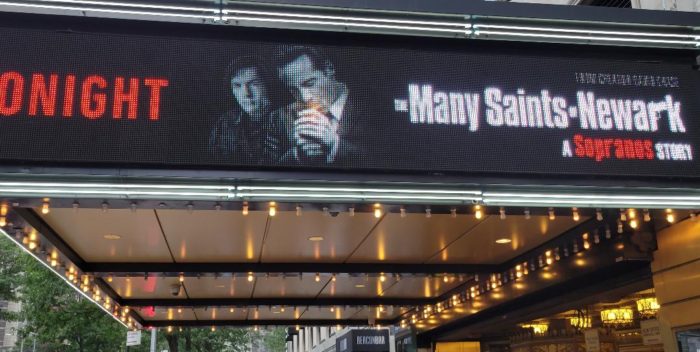 There will be more “Sopranos” movies after “The Many Saints of Newark.” One, two? No one knows yet.

At last night’s swanky party at Tavern on the Green, I asked Warner chief Toby Emmerich about it. He wants to do it. “Sopranos” creator David Chase has already said he’s up for it if Terry Winter, who wrote much of the series, will do it with him. Winter was at the party, was all grins, and told me he’s ready.

Certainly, by the reaction of the audience last night at the Beacon Theater, they could have stayed for another movie chapter, no problem.

“Saints” can only cover so much ground. But it sets up a lot of the character for more story. Vera Farmiga’s Livia, Corey Stoll’s Uncle Junior, and Michael Gandolfini’s Tony are too good to see more of they evolved to the point at which we met them in the TV series. Also, a couple more movies will give the supporting players like Billy Magnussen (Paulie) and John Magaro (Silvio) chances to show off.

Warner Media, New Line, HBO Max, have a winner in “Saints” spin offs. If it could be done with “Sex and the City” and “Downton Abbey,” it can really be pulled off here.