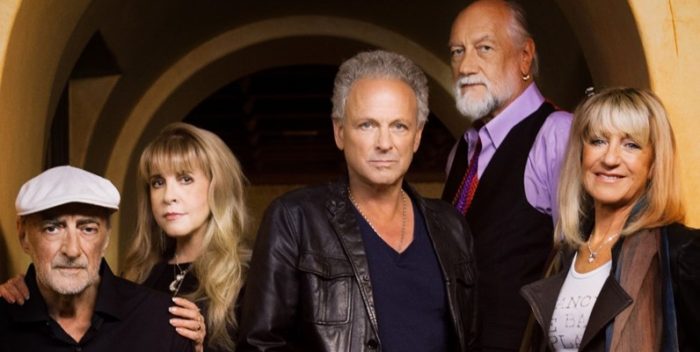 Almost since the beginning of time, Fleetwood Mac has been fighting among themselves.

Long before Lindsey Buckingham and Stevie Nicks darkened the door Mick Fleetwood, the group has been in strife. It’s amazing, in retrospect, that John McVie has stuck it out all this time. Maybe that’s because we never hear from him.

Prior to the Buckingham Nicks addition in 1974-75, Fleetwood Mac went through a bunch of players who were considered integral to the group. Peter Green, Bob Welch, Jeremy Spencer, Danny Kirwan. Anyone remember them? They were actually the guys who joined, had hits, and then either departed or were chucked out. You wouldn’t have had “Sentimental Lady,” or “Hypnotized” or “Black Magic Woman” without them.

Then Buckingham and Nicks arrived. Suddenly everyone in the band was sleeping with everyone else, and yapping about it in the press. B&N brought their own little soap opera. That was 45 years ago, and it’s still going on. Before that, I’d like to add, Fleetwood Mac was about music.

Today in the LA Times, Buckingham is still squawking about the group firing him in 2018. And Nicks is firing back, of course. If touring ever resumes, the Mac will have go to back on the road for one last big tour. The fans don’t want to hear the squabbling. They want the band to perform with all players and keep their problems to themselves. But Fleetwood Mac can’t do it. Except for singing they should keep their mouths shut.

Mick Fleetwood presents himself as a bystander to all the brouhaha. But he was there before B&N, when all those other guys came and went. And when Fleetwood Mac imploded in New York at the Musicares Person of the Year show a couple of years ago, it was Mick we saw at the after party pacing back and forth and having screaming fights over his phone. He actually seems to be the common denominator.

And so it goes. On and on. And probably into the next afterlife for all of them. It’s a total snore at this point. As it was even in 1977. This is why we brought in the Clash, the Sex Pistols, and the Ramones, to flush these people out. I wish we could do it again.