Recently, two actors on “General Hospital,” the ABC soap opera, were diagnosed with COVID-19. They were Steven Burton and Kelly Thiebaud. What do they have in common? Besides playing lovers on the show, they each have shared many scenes with actor Ingo Rademacher, who’s been with “GH” on and off for 25 years. 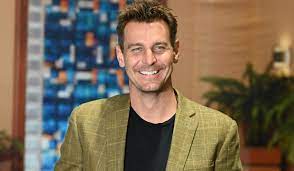 Did Rademacher expose them to COVID?

On Instagram, Rademacher promoted a rally yesterday in Santa Monica, California for the controversial Children’s Health Defense. This is the group run by Robert Kennedy, Jr., who despite having Parkinson’s Disease, is a vocal anti-vaxxer. His family, the famous Kennedy clan, have decried him in public and denounced his stand.

Rademacher told People magazine in 2008 that he and his wife had chosen an OB GYN for the birth of their first child because he didn’t insist on vaccinations.He told People:  “Our doctor…he’s not against every vaccine, but definitely when they’re babies, he’s not into vaccines…He’ll do them if you want them, but he’s not going to abuse you if you don’t want them. [Peanut] will probably get some later on in life…but I can’t imagine putting a needle in his body right now.”

It’s unclear if any of their three children have been vaccinated against anything. In addition to the post for the rally, Rademacher also reposted from a California gym owner who was angry about the lockdown and mask mandates.

Rademacher doesn’t seem to be anti-mask. He and wife were giving away masks and modeling them on line soon after the pandemic shut production down on “GH.” But their anti-vaccination stand is troubling, especially if it’s causing actors on the show to become ill.