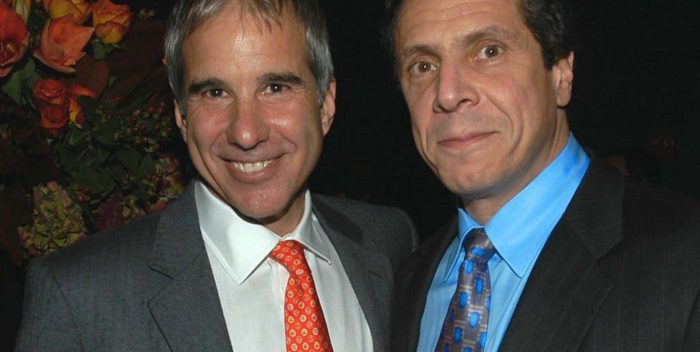 In their piece today about where NY Governor Andrew Cuomo would live if he were expelled from the governor’s mansion, the NY Post has managed to make a huge mistake. I’m shocked.

They’ve confused former longtime Harvard economist Jeffrey Sachs with perennial Cuomo family pal Jeffrey Sachs, a dentist from Long Island who’s been involved in state government since Andrew became governor. He now has a firm called Sachs Policy Group. Back in the 90s, Jeff Sachs used to roll with Chris Cuomo when he was just starting out as a TV correspondent, and his then bff Leonardo DiCaprio. I wrote about them all in the original New York Observer back in 1999.

A simple look at Google would have revealed a 2011 New York Times article all about the latter Sachs, who hails from the Five Towns and whose popular nephew, Shawn, is partners with Ken Sunshine in the PR firm Sunshine Sachs that represents the vey same Leonardo DiCaprio, among others.

The Post says it called the real Dr. Sachs’s office at Columbia University, where he is director of the Center for Sustainable Deuvelopment, to ask if he was still friends with Cuomo and got no response. I’ll bet! They must have wondered what the heck was going on.