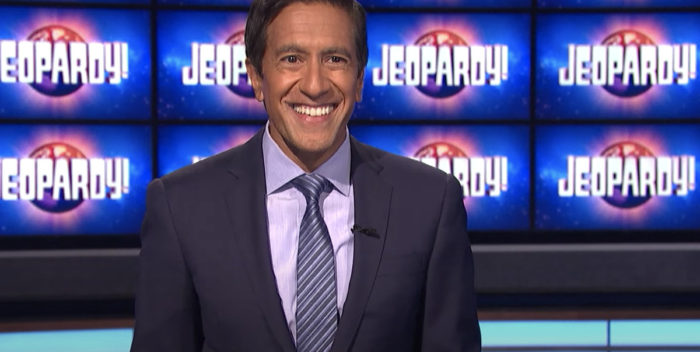 The doctor was in, but his guest hosting wasn’t a successful prescription.

“Jeopardy!” ratings for Dr. Sanjay Gupta’s first week of work at the fabled game show remained under 5 million– 4.9 million to be exact.

The CNN medical expert retained the same number of viewers left him by Savannah Guthrie. He didn’t improve on her numbers but he didn’t go below, so that’s a good thing.

This week, ABC’s George Stephanopolous has taken over. He’ll be followed by his “GMA” co-anchor Robin Roberts. Then comes LeVar Burton.

Elsewhere in the syndication world, talk shows are in and out of reruns or mixing them up with new shows even though this month is a ratings period. “Live with Kelly and Ryan” is still number 1 but down to a 1.6 million audience because viewers “smell” that the shows are cobbled together with older interviews. For that reason, Drew Barrymore rose to a still very low 5 million viewers.