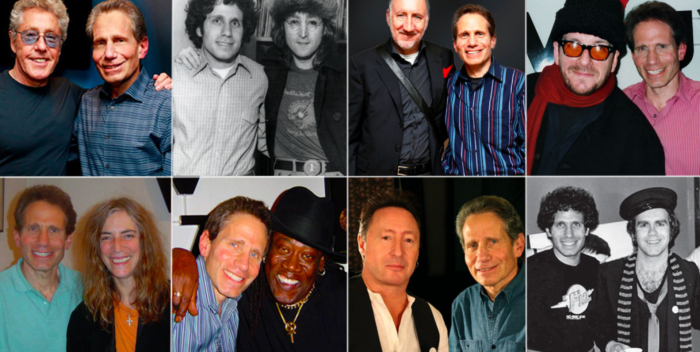 On Monday, Elsas is  celebrating LIVE from 4 to 7 pm on WFUV-FM here in New York, all over the world on the station’s app. More on the anniversary show in a minute.

I’ve been listening to Dennis my entire life. I can’t believe he’s 73 now and has four grandchildren. Where did the time go? For 30 years, he was one of the Mt. Rushmore voices on New York’s WNEW-FM, 102.7, with Scott Muni, Pete Fornatale, Alison Steele, Vin Scelsa, and so on.

Then Dennis, a visionary, moved to public radio on WFUV and Sirius XM where he hosts several shows including one I’m addicted to the on Beatles channel, 49.

Because he started in the summer, Dennis makes 50 before Jim Kerr, this fall, who started on WPLJ (and is now on Q104.3 and Sirius). I was 13 when these guys hit the FM airwaves, and I was just making the transition from Cousin Brucie and Dan Ingram on WABC. Those were the days. We were dependent then on these guys (and Alison, and Carol Miller and Meg Griffin) talking us through the music. There was no Walkman, or iPod, or Spotify. They played us the records and we learned them. It was Rock Studies 101.

Dennis doesn’t like to name a favorite all time record or song. The Beatles, he says, are his top group. “Obviously.” Obviously. His tag line is “Rock and Roll Never Forgets,” so he does favor the Bob Seger song. A guilty favorite? He says, “ELO, Mr. Blue Sky, it’s a song of such intimate joy.” He’s right. Great choice. He points out that single has elements of the Beatles as well as the Drifters’ “When My Little Girl is Smiling.” (I actually hear some of ELO’s “Living Thing” in there, too.)

Elsas has outlived many of his contemporaries actuarialy and career wise. Of all of them, he says, he misses Scott Muni the most. “I grew up listening to him and then he hired me,” Dennis observes.

So we’ll hang tight Monday afternoon, listening to WFUV any way we can (here’s the link for the live stream app). And here’s to Dennis doing ten more years because it’s true, Rock and Roll Never Forgets!