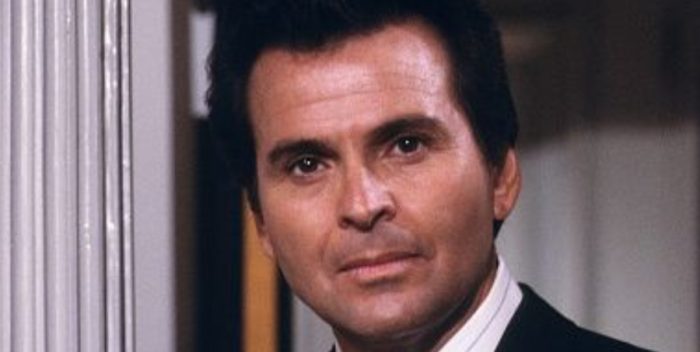 Stuart Damon has died. The great actor who played Dr. Alan Quartermaine on “General Hospital” was much beloved. He was on the show from 1977 to 2007, when he was stupidly killed off by short sighted writers.

Damon appeared occasionally as Alan’s ghost, and then did a stint on “As the World Turns” before fully retiring.

He was well known to TV audiences before “General Hospital” for playing Prince Charming opposite Lesley Ann Warren in a 1965 TV movie remake of Rodgers and Hammerstein’s “Cinderella.”

“General Hospital” was on the skids in 1977 until the then writers invented Alan Quartermaine, named for  the protagonist of H. Rider Haggard’s 1885 novel King Solomon’s Mines, and its  sequel Allan Quatermain (1887).  An English professional big game hunter and adventurer, in film and television he was portrayed by Richard Chamberlain, Sean Connery, Cedric Hardwicke, Patrick Swayze and Stewart Granger among others.

But Alan Quartermaine, with an ‘r’, was a doctor and the scion of a wealthy family that moved to Port Charles, New York. The tiny town hadn’t had really rich people before that, but the Quartermaines remain the central family on the 56 year old soap. Alan was unlucky in love. His wife, Monica, cheated on him so much he tried to kill her.

Stuart Damon always played Alan’s machinations with lots of humor and a wink to the audience that the whole thing as absurd. He will be sorely missed.

“Broken hearted to hear of the passing of Stuart Damon. He played my adopted dad on General Hospital for 7 years and he was the most kind, wonderful, loving, supportive person. He always made me laugh and made me feel safe on set. I love you, Stewy. Rest well now, my friend.”