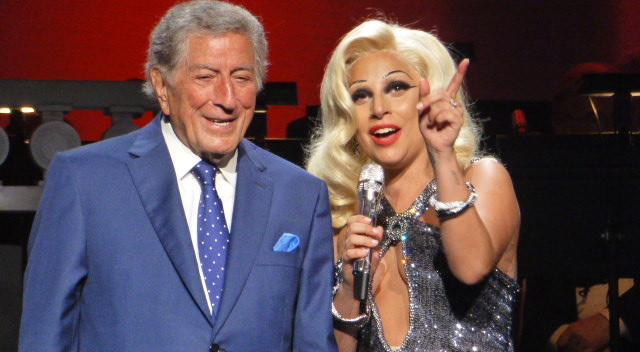 They’ll be singing songs from their album of Cole Porter duets, coming from Columbia Records the last week of July. It was recorded before the pandemic. I first told you about it in 2014.

Tony is battling Alzheimer’s Disease, so taping a show — and early in the day — is the best way to get this pair of pals properly.

What a thrill it will be to see the two of them when the show is finished and ready for broadcast. I was lucky enough to be with them five summers ago for Tony’s 90th birthday at the Rainbow Room when Gaga entertained an all star guest list that included Stevie Wonder. It was a night I’ll never forget.

All through the pandemic, Tony’s been posting photos of his painting and cooking, his other favorite pastimes. He’s approached Alzheimer’s with a good sense of humor. But look, when you’re 95, just being alive is something. To still be able to do all those things and sing with that incredible voice– it’s not bad!

The last 30 or more years Tony’s enjoyed an unprecedented Renaissance of his career, touring the world, selling millions of albums, doing what he loves as a gift to all of us. It’s been one of the highlights of our generation to have him amongst us. And now he’s giving us a gift on his birthday! We can’t ask for more than that!

Happy Birthday, Tony! Can’t wait to hear you and Gaga together again!