Paul McCartney turns 79 today. You know who he is, we love him. He’s probably the most successful modern composer of all time. His work is indelible. From “Love Me Do” in 1957 to his recent “McCartney III,” Paul has written or co-written the greatest songs of our time.

In 1973, after the Beatles broke up, Paul was convinced by producer Richard Perry to write a song for Ringo Starr’s “Ringo” album. The song is called “Six O’Clock,” and Paul and Linda McCartney sang on it as well. Earlier that year, Perry had recorded the McCartneys singing backup vocals on Carly Simon’s “Night Owl.” 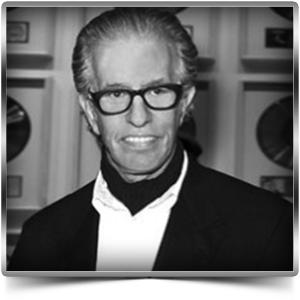 Perry, who also turns 79 today, just published his memoir, “Cloud Nine.” He’s the most successful record producer of the 70s, 80s. 90s, and aughts. Just about every hit by Carly, Ringo, Harry Nilsson, the Pointer Sisters, Leo Sayer, were all made by Perry. He also produced Diane Warren’s first hit, “Rhythm of the Night,” sung by El DeBarge. In 2000, it was Perry who launched Rod Stewart’s American Songbook collection, five albums that sold 26 million copies. Not bad!

“Cloud Nine” is a sensational read. It covers not only all those artists but three tracks Richard made with Tina Turner in the early 80s before her ‘comeback’ album “Private Dancer.” Tina was so grateful to him Perry was her date to the 1985 Grammy Awards when she won several statues. It was Perry’s recording of Tina singing the Beatles’ “Help” that paved the way for her revival.

Perry made nine hit albums with the Pointer Sisters, and singles like “Fire,” “Jump,” “I’m So Excited,” “Dare Me,” “Happiness,’ and so on. During a recent hospitalization, they visited him– courtesy of his ex-partner Jane Fonda, and serenaded him with “Slow Hand,” one of their top 10 collaborations. It worked! He felt better instantly. (That story will be for the next book.)

So there was rock and roll magic i the air on June 18, 1942. And we’re the luckier for it! Happy birthday, gentlemen.

PS Richard told me on my recent visit that the record he’s most proud of is Ray Charles’ “My World” which includes Ray singing “A Song for You.” I say his “perfect” record is Nilsson’s “Without You” but he says it’s Carly’s “You’re So Vain.” There are too many too choose from! A lot of people love Art Garfunkel’s “Breakway” album. And when you hear the opening of Ringo’s “Photograph,” it’s a stunning moment in rock history.