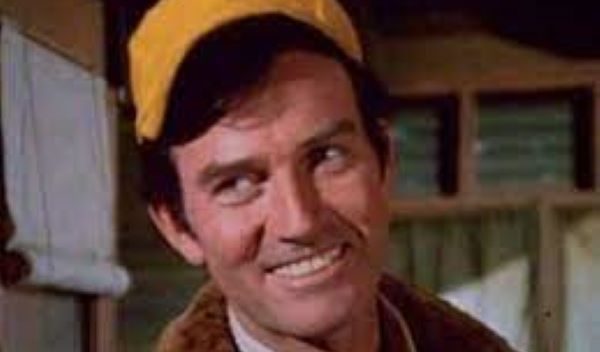 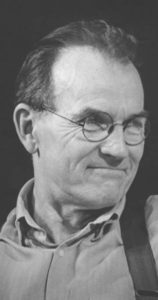 Robert Hogan was literally on just about every TV show you can imagine, a journeyman actor who starred on Broadway, on prime time, and had a loyal following from soap operas. He died yesterday at age 87 in California.

Hogan appeared twice on Broadway, most notably in the original production of Aaron Sorkin’s “A Few Good Men,” which ran for three and a half years.

On daytime TV, he played two roles back to back on “Days of our Lives” in the early 1970s and then had a six year run in the 80s on “Another World.” He also had stints on “General Hospital,” “All My Children,” and “Bright Promise.”

But it’s his prime time resume that really stands out. He guest starred in show after show with multiple appearances on everything from “Murder She Wrote” to “Alice” to “Gunsmoke.” He appeared in all 63 episodes of “Peyton Place” in the mid 60s with Mia Farrow and Ryan O’Neal as Reverend Winter. Hogan was the star of a great “Twilight Zone” episode in 1964 called “Spur of the Moment.”

Hogan can be seen in 9 different episodes of “Law and Order” between 1991 and 2006, sometimes playing a trial judge. On the cult hit “The Manhunter” from the mid 70s he played Sheriff Paul Tate.

According to his obit, Hogan was born in Jamaica, Queens, “the youngest of three children, Bob’s childhood apartment was mere feet away from the Jamaica Avenue El, or Elevated Train. His was a childhood of rattled dishes on the dinner table as the El roared past. A gifted athlete, Bob played basketball for St. Francis Preparatory School before joining the army to serve in Korea. After his honorable discharge, Bob returned to New York to study engineering at NYU. After the first semester, however, an astute professor suggested he take an aptitude test to determine if engineering was really the best fit for the gregarious young man. The test results produced two words: The arts. As Bob would say, “That’s when I gave acting a try.” He was accepted into New York’s prestigious American Academy of Dramatic Arts shortly thereafter.

“In California and New York, Bob appeared in more than 100 primetime shows as well as nearly every daytime drama on the air. Off and on Broadway, as well as countless regional theaters, he performed in plays by Shakespeare, Chekhov, O’Neill and many others, winning the Outer Critics Circle Award for his performance as famed attorney Clarence Darrow in the real-life drama about the shocking Leopold and Loeb murder trial, Never the Sinner.”