As he does — his quotes below — his website increases in traffic. Don’t believe the Washington Post or other mainstream media trying to sweep Trump away. He is a clear and present danger. His audience is not going away.

Right now, according to alexa.com, www.DonaldJTrump.com is ranked at number 852 in the United States. He is doing very well spewing his lies and garbage. That site is ranked higher than a huge number of mainstream publications. No, “we” are not paying attention. But we should. Trump is not gone. He is out there, sowing seeds of discontent.

This is a continuation of the greatest Witch Hunt in American history. It began the day I came down the escalator in Trump Tower, and it’s never stopped. They wasted two years and $48 million in taxpayer dollars on Mueller and Russia Russia Russia, Impeachment Hoax #1, Impeachment Hoax #2, and it continues to this day, with illegally leaked confidential information.

No other President in history has had to put up with what I have had to, and on top of all that, I have done a great job for our Country, whether it’s taxes, regulations, our Military, Veterans, Space Force, our Borders, speedy creation of a great vaccine (said to be a miracle!), and protecting the Second Amendment.

This is purely political, and an affront to the almost 75 million voters who supported me in the Presidential Election, and it’s being driven by highly partisan Democrat prosecutors.

New York City and State are suffering the highest crime rates in their history, and instead of going after murderers, drug dealers, human traffickers, and others, they come after Donald Trump.

Interesting that today a poll came out indicating I’m far in the lead for the Republican Presidential Primary and the General Election in 2024.

Our Country is broken, our elections are rigged, corrupt, and stolen, our prosecutors are politicized, and I will just have to keep on fighting like I have been for the last five years! 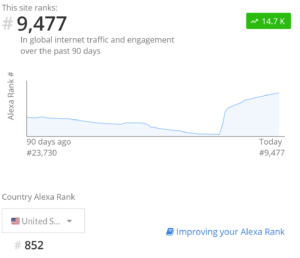