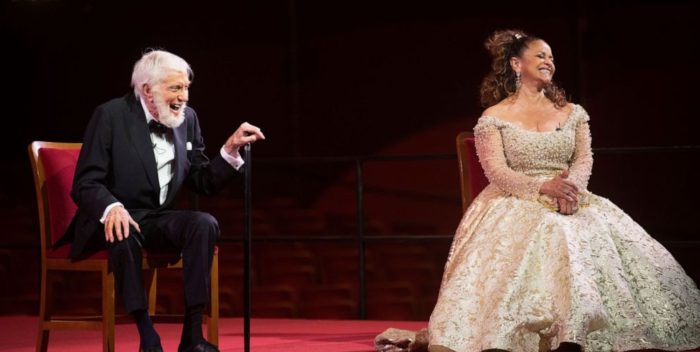 Joan Baez–who posted this picture to Instagram– brought her family to the Kennedy Center Honors celebrations that began on Thursday in Washington, DC.

The famed folk singer also had a special guest with her: Dr. Anthony Fauci.

All the honorees came to Washington for a weekend of gatherings. On Thursday they did something KCH honorees haven’t done since Barack Obama was in office. They met with the President at the White House. Joe and Jill Biden welcomed them with open arms and the inductees were relieved to see them. They included Dick van Dyke, Garth Brooks, Debbie Allen, and violinist Midori.

Tonight they’ll tape the rest of the show set for broadcast on June 6th on CBS. Chita Rivera is expected to induct van Dyke, who is 95 years young. Gloria Estefan is hosting the show.