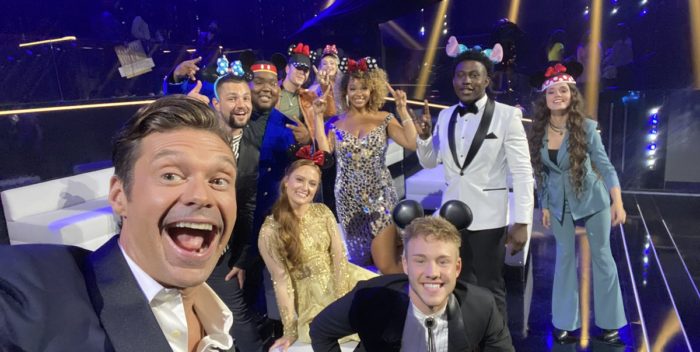 Despite putting on a pretty good semi-finals show last night “American Idol” struggled in the ratings against the Academy of Music Awards.

Of course the ACMs had all established country stars except for Morgan Whallen, who is being punished appropriately for uttering a racist epithet on a TMZ video.

“Idol” offered up a little Lionel Richie in its opening but otherwise stuck to the contestants, paring down the top 12 to the remaining six singers.

The only one who I was sad to see leave was a 15 year old very gifted Ava August, who sang “City of Stars” from “La La Land.” This girl is going to be a star, she’s just too young right now. I hope she’s not too disappointed.

The show is taking the top 9 to Disney World today to try and infect them with COVID. That will further pare down the contestants. (Just kidding!) Still no word on why Wyatt Pike left the show. He’s been posting on Instagram and is healthy as ever, so that wasn’t the reason. My guess is he didn’t want to sign the contract with “Idol” binding him to management and a recording contract.

The show continues tonight with a special featuring last year’s contestants who never got to perform on the live stage because of the pandemic.