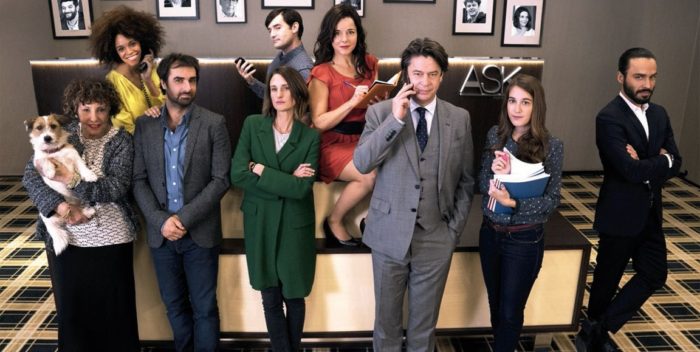 We all thought “Call My Agent,” the sensational French TV series was finis. Over after four seasons.

But now comes news that “Call My Agent” will get a feature film and then a fifth season. What unexpected, fantastic news.

All of this will come from Netflix, which has had tremendous success with the series about Paris talent agents dealing with movie stars and so on. The show is a must see for people in the industry, and has a cult following beyond that.

The film will come first, then the 5th season. There’s talk of shooting in New York, and bringing in some American stars. I caution the creators not to do this, or do it very lightly. The whole appeal of the series is that it’s in French, set in Paris, with an international feel. It would be so easy to jump the shark by bringing it to America and losing all the panache.

I am such a fan of this show and the whole cast starting with Camille Cottin as Andrea, and the whole gang at the ASK agency. I am convinced that Liliane Rovère has based her character of Arlette on the famous French press agent Yanou Collart. (She’ll probably never admit it!)

But all the interactions between the agents and their clients is so spot on and hilarious. The show is so well written by by Fanny Herrero and her team (from an original idea by Dominique Besnehard and Michel Feller) it’s as if they’d been flies on the walls at CAA, WME, and UTA!

Again,  I beseech them not to let Americans persuade them to interfere with their gourmet recipe. Too often great French chefs come to New York and make that mistake!

PS So interesting how all the best TV series are coming from Europe and the UK. “Lupin,” “Last Tango in Halifax,” and so on. The shows are beautifully developed with strong characters, real situations, witty humor. And they don’t have to be in English for us to enjoy and love madly!

It’s only a matter of time before “Lupin,” returning this summer, becomes a movie as well.