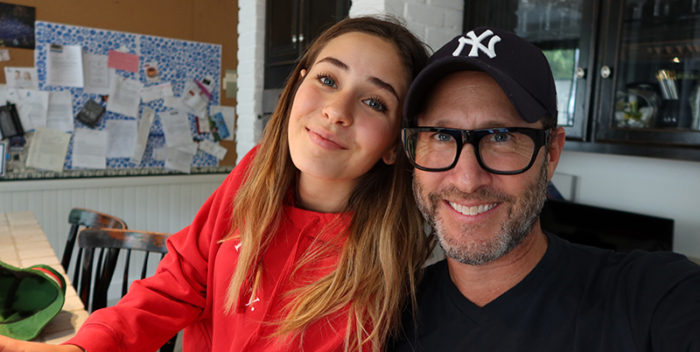 Another amazing night for Richard Weitz, daughter Demi (just got in to Stanford U), and Quarantunes.

They raised around $1.3 million for Broadway Cares last night, hosting their famed Zoom show from Broadway’s New Amsterdam Theater. They and two or three others were only people allowed in the theater.

It was another four hour extravaganza for a Zoom crowd of 600 or more with plenty of famous and familiar faces on the call, and a lot of once in your lifetime entertainment.

The high point of the adventure was a 40th anniversary reunion of the original “Dreamgirls” from Broadway: Sheryl Lee Ralph, Loretta Devine, and Jennifer Holliday. They reminisced about the show and sang live, a capella, sounding no different than they did in 1981. And yes, Jennifer Holliday simply opened her mother and gave the crowd her signature hit, “And I’m Telling I’m Not Going.” It was a mic drop for the ages.

There were plenty more moments like that including Heather Headley’s stunning take on “Can You Feel the Love Tonight,” which would make Elton John plotz. Stephanie Mills recorded “Home” from “The Wiz” for the show, Robert Cuccioli warbled “This is the Moment” from “Jekyll and Hyde,” Lena Hall rocked the audience, and so on. It was just one Broadway show stopper after another: Chris Jackson, James Monroe Inglehart, each stunning.

There were a few non Broadway moments, too. Songwriter Diane Warren, nominated for her 12 th Oscar for “Seen (Io Si)” from the movie “The Life Ahead,” introduced Laura Pausini. Pausini sang her nominated song in Italian, and got an overwhelming reaction from the Zoom crowd on the chat bar.

Melissa Manchester and Carole Bayer Sager checked in, and Melissa sang a couple of their hits as if no time had passed since the 80s.

As a special treat, 17 year old Demi Weitz had a birthday surprise for her dad. Even though she claimed “I cannot sing,” she worked out a duet with Kristen Chenoweth on a number from “Wicked” as a tribute. This teenage girl (very pretty, by the way) indeed can’t carry a tune in a basket but has such life force, humor, and poise that she carried it off. If Kelly Ripa can hold off retiring until Demi Weitz graduates from college, Michael Gelman will have a replacement all lined up!

This was the one year anniversary since the Weitzes started Quarantunes with the help of Clive Davis a and  a village of people who’ve helped them raise around $23 million total. It’s quite an accomplishment and there’s more to come since the pandemic — though you hear otherwise a lot — is not over by a long shot!