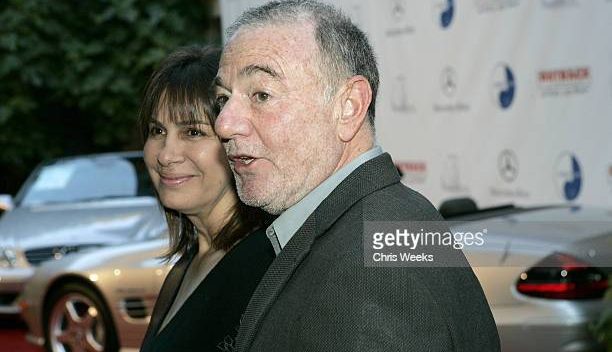 Messages of condolence have come in. Howard’s law partners at Kinsella Weitzman Iser Kump LLP wrote: “Our beloved friend and partner Howard Weitzman passed away yesterday. A renowned trial lawyer and dealmaker, Howard skillfully handled some of the most famous cases in Hollywood. Howard’s wit, charm, and brilliant legal mind are legendary, and we will miss him dearly. We send our love and condolences to Howard’s wife Margaret, his sons Armen and Jed, and to his many clients, friends, and admirers. RIP Howard, you will always be a giant.”

And John Branca, John McClain and the Michael Jackson Estate sent this message:

“We are heartbroken at the passing of our friend and colleague Howard Weitzman. Howard has always been a relentless fighter for righteous causes and ferociously fought for Michael during his lifetime and after. He has been an integral part of the Estate team.  Howard brought more than just his skills as a brilliant lawyer to the team; he had the uncanny ability to find ways to resolve issues outside of the courtroom – a skill not all litigators possess.  And one of the truly amazing things about Howard was how he could make anyone he met – whether they were on the same side as him or opposing him – feel like a respected colleague and his friend.  It is his friendship we will miss most of all.”

WEDNESDAY NIGHT There are a lot of tears tonight in Hollywood. The great attorney Howard Weitzman has passed away at age 81, I’m told, from cancer.

Howard was a friend, a resource for me. I met him after he pulled out of the OJ Simpson case in 1994. Simpson had hired him, but Howard knew better– he never said so, but that was the case. Simpson hired Robert Shapiro, who formed the Dream Team. Over the years whenever I need insights into a case, or something in Hollywood, Howard was always there to help. I will really miss him.

Starting in 2009, when Michael Jackson died, Howard came to represent Michael’s estate. He worked with John Branca and Joel Katz, and they have been a great team over the years. I know they are devastated by this loss.

Condolences to Howard’s family and friends.

I’m reprinting Howard’s bio here from his website just so you see his range and depth.

Mr. Weitzman is recognized as one of the most influential attorneys in the nation. His practice includes litigation in civil, criminal, antitrust and regulatory forums. Mr. Weitzman has been lead trial attorney in over 300 civil and criminal jury trials, and has represented over 1,000 individuals and companies on matters ranging from intellectual property and entertainment issues to family law and estate issues. He has twice received the Jerry Geisler Memorial Award as the outstanding trial lawyer in Los Angeles County. He has been profiled in a number of publications and was named one of the top fifteen lawyers in the country by The National Law Journal.

From 1995-1998, Mr. Weitzman served as Executive Vice President, Corporate Operations for Universal Studios, where he was responsible for restructuring the corporate part of the business. Mr. Weitzman regularly counsels major corporations on contract and business strategies.

Mr. Weitzman taught Trial Advocacy at the University of Southern California Law School for 12 years. He has lectured at Harvard, Georgetown Law Center, UCLA and numerous other law schools across the nation, and has been a speaker at countless seminars and symposiums for Bar Associations and conferences. Mr. Weitzman has been a guest on many national television shows, including “Larry King Live,” “Dateline,” and “Good Morning America.”