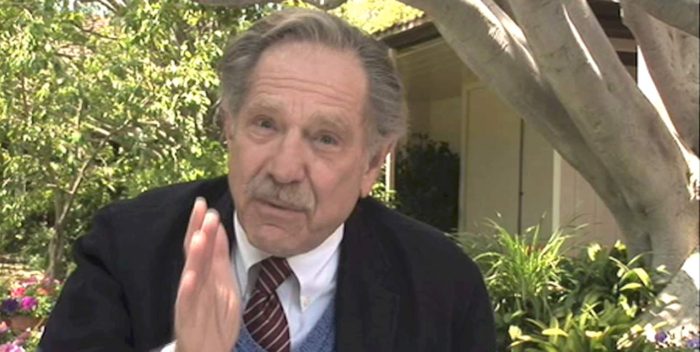 George Segal has died, according to reports. The great actor was 87 and passed away from complications from heart surgery.

I know you may know his name from “The Goldbergs” sitcom on ABC, or remember him from “Just Shoot Me,” but George Segal was a movie star once. And a really great one. In 1966 he co-starred with Elizabeth Taylor, Richard Burton, and Sandy Dennis in Mike Nichols’  “Who’s Afraid of Virginia Woolf.” He won an Oscar nomination for that role. That classic launched him, and after that Segal appeared in a number of quality TV dramas, productions of Broadway plays on TV, and movies.

He really hit his strike in the early 70s with “Where’s Poppa?” with Ruth Gordon, “What’s Up Pussycat” with Barbra Streisand, “The H9t Rock” heist movie with Robert Redford, then my favorites– a pair of knockouts– “A Touch of Class” with Glenda Jackson and “Blume in Love.” He was a star. There are a couple more from that time, too: Robert Altman’s “California Split” with Elliot Gould, and “Fun with Dick and Jane” co-starring Jane Fonda.

As he got older, Segal transitioned more into television, but there was still the occasional film in which he roared like David O. Russell’s 1996 “Flirting with Disaster.”

Segal made a name for himself in the last two generations in TV. But to me played the great Jewish leading man. Not Woody Allen’s shmoe, but an unlikely romantic hero who was clever and good looking enough to win the leading lady. This was not something to be sneezed at.

After his second wife died, Segal married his childhood sweetheart. He had two children from his first marriage. He had four short stints on Broadway. Born in New York, lived in Los Angeles and was mostly an L.A. guy. I met him once or twice but by then he was fully in the TV world. I like to think he was a mensch, he always seemed like it. His work will live on.