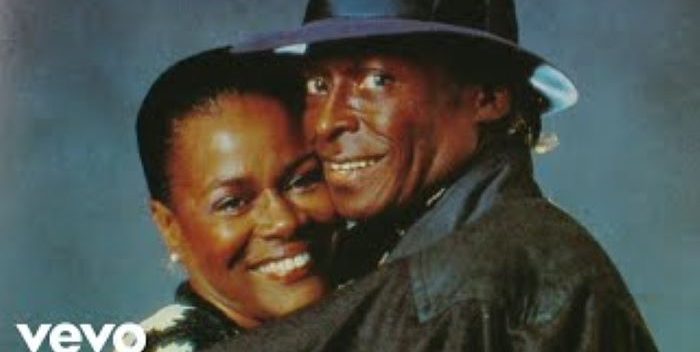 Hard to believe that Cicely Tyson finally published a memoir, this past Tuesday, and died two days later. There is so much to read in “Just As I Am” about her amazing life, but of course I’m most interested in her romance and marriage to jazz legend Miles Davis, a heroin addict whom she could not control. They were married from 1981 to 1987, but a long relationship preceded that.

The book is out of stock on amazon but you can download it from Kindle. I will be up all night reading it, with an introduction by Viola Davis.

“And then there were the drugs. He did not use in front of me. In fact, in all my years with Miles, never once did he shoot up, snort cocaine, or even smoke a reefer in my presence. I’m sure Miles must’ve shot up or snorted in his bathroom, but he left no sign of it, clearing away any paraphernalia. He knew how much I despised drugs. Also, my religious upbringing ensured I had nothing to do with them. I still don’t.

“One night after Miles had played at a club in Midtown, he and I, along with some of his band members, drove uptown toward his place. One of the guys lifted a small bag, presumably filled with drugs, and offered it to me. Miles pushed away his hand. “Man, are you kidding me?” he said, laughing. “I can’t even get Cicely to smoke a cigarette.”

…Whatever he smoked or shot up, he usually reeked of it. I knew the scent of marijuana, but other than that, I couldn’t tell the difference between coke or heroin or any other drug. On many occasions, he emitted a distinctly powerful scent, like the smell of burnt iron. It permeated his pores. He’d try to cover it with cologne (he loved his collection), but I could still smell it. And when I did, I stayed as far away from him as I could, because I knew I wouldn’t have been talking to Miles anymore.”

…Miles played fast and loose with his life far too frequently to have known his value. And even while grappling with my own anguish, I could not stand by and watch this man waste the rare gift he came here to share. His behavior at times disturbed me greatly, even humiliated me. And yet more than anger, I felt compassion, and pity for his sad state.”