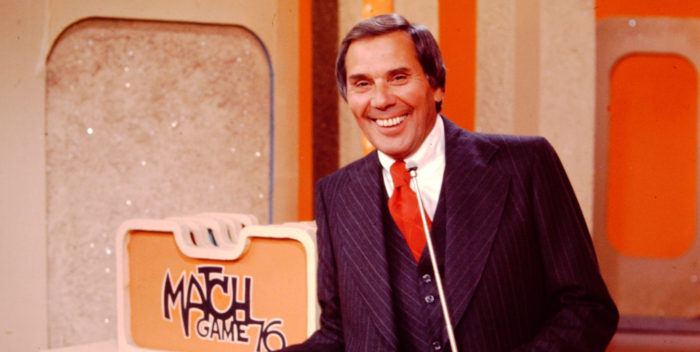 Today Donald Trump, sedated in his office and waiting to be taken away, has added names to his fictitious Garden of American Heroes.

But he’s included only one game show host, Alex Trebek, of “Jeopardy!”

He’s also bypassed the legends like Bud Collier, Garry Moore, John Daly, and so on who paved the way for those above. And what about Merv Griffin? Come on!

Tsk,tsk, Donald. What about a garden just for game show hosts?