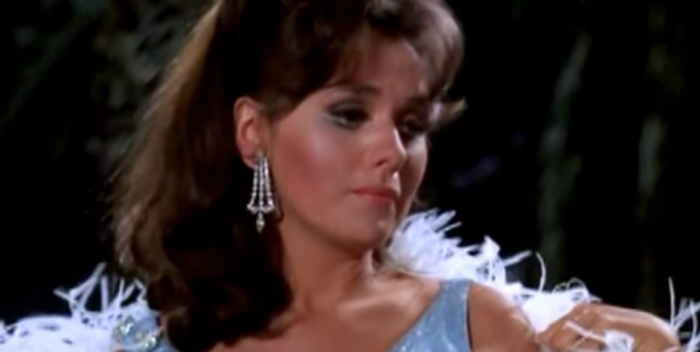 The SS Minnow has lost one more passenger.

Dawn Wells, who played beloved Mary Ann, the good girl, on “Gilligan’s Island,” has died at age 82 from COVID.

Wells represented Nevada in the 1959 Miss America pageant and appeared on several TV series before being cast in “Gilligan’s Island” in 1964. A native of Reno, she also appeared in “77 Sunset Strip,” “Maverick,” “Bonanza,” “The Joey Bishop Show” and “Hawaiian Eye.”

Among the castaways on “Gilligan’s Island” which began its run in 1964, Mary Ann was the wholesome good girl compared to Hollywood vixen Ginger, played by Tina Louise, who is now the sole remaining living cast member.

After “Gilligan” ended in 1967, Wells returned for several TV movies and spinoff series. She served as producer on TV movies “Surviving Gilligan’s Island” and “Return to the Bat Cave” with Adam West.

She went on to appear in series including “Growing Pains,” “The Bold and the Beautiful” and “Baywatch” and voiced Gumbalina Toothington in “The Epic Tales of Captain Underpants” series.

In movies, Wells appeared in “Winterhawk,” “The Town That Dreaded Sundown,” “Super Sucker,” “The New Interns,” “It’s Our Time” and “Silent But Deadly.”

Wells had a long career onstage, appearing in the national tours of “Chapter Two” and “They’re Playing Our Song” as well as in “Fatal Attraction” with Ken Howard,” “The Odd Couple” with Marcia Wallace, “Steel Magnolias” and “The Vagina Monologues.”

But she will always be known as Mary Ann for as long as the series plays on and on in syndication. And part of the title song in the line “the professor and/MaryAnn/here on Gilligan’s Island.”