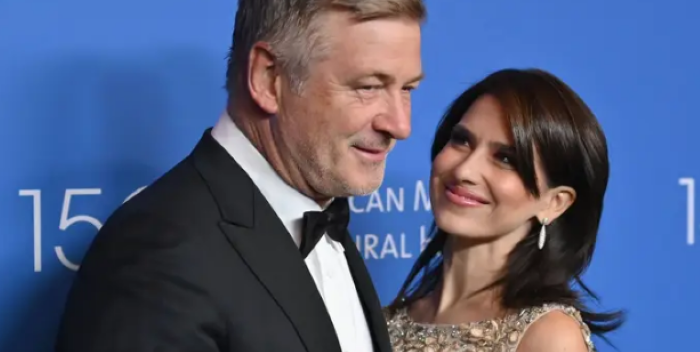 Hilaria Baldwin is not Spanish. Her name is Hilary. And yet, she’s doubling down on this whole crazy in today’s New York Times.

Why? I don’t get it. It was time to say, “Sorry, I went overboard, I love Spain and its culture but I can see it’s time to cool it.”

Instead she tells the Times’s Katherine Rosman this morning that she’s sticking to her story– despite not being one bit Spanish, that her parents are very white, Caucasian Americans with no Spanish roots other than liking and studying the culture, and visiting there.

So what can we do? Well, we looked up her clips last night in “Hola” magazine, where she’s presented herself as a Spanish American celebrity. So far the magazine hasn’t addressed the disconnect, but they will have to. They’ve thrived on Hilaria talking about raising a bi-lingual family, giving her kids Spanish names, and so on.

What makes no sense about this is how Alec Baldwin, her supposedly astute husband, went along with all it. Why? An Irish-American, he now has five kids with Spanish names speaking in a language among each other and to their mother who he doesn’t understand! Alec is smart, he knows his wife is not Latina. He’s met her parents. He can read their backgrounds online just as we can. So what is he getting out of this? Paella?

I felt bad for Hilaria. I thought the cover of the NY Post was cruel, and seemed like bullying. But with this Times interview, she’s cooked her own gambas.