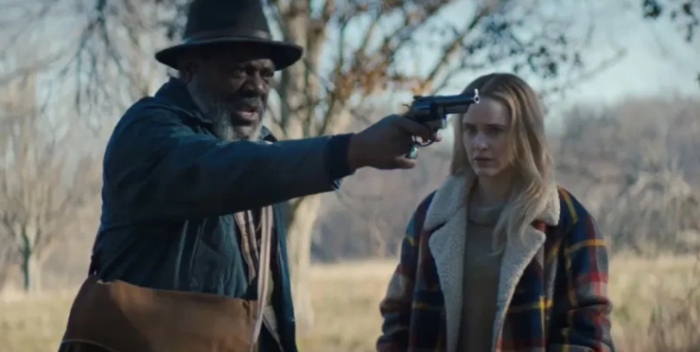 Julia Hart’s “I’m Your Woman” is the best movie with the worst title of the year. I don’t know what anyone was thinking about letting this very cool B movie starring Rachel Brosnahan, aka Mrs. Maisel, out into the world under this rubric. But what can we do?

Luckily, “I’m Your Woman” appears on Amazon Prime, we don’t have to send you to a movie theater. Everyone who sends a gift has Amazon Prime. So you can see that Brosnahan will not be consigned to history as Midge the comic, though we love her to pieces. She’s an actress with a big future.

“I’m Your Woman” is a film noir sort of, it reminded me of John Dahl’s great movies, “The Last Seduction” and “Red Rock West.”  It’s a bit of pulp fiction, the best kind, the kind I could watch all day.

Brosnahan is clueless Jean, or maybe she has some clues and takes time for us to figure that out. She knows Eddie, her husband, is a criminal. He delivers to her a large baby with no explanation, and says, it’s yours. She takes it, and names the boy Harry. But two minutes later she and Eddie are separated. He’s crossed someone in some organization. Cal (the excellent Arinze Kene) comes to collect her and Harry and move them to a safer location somewhere in Pittsburgh. (Yes, this is all taking place in bleak Pittsburgh in the 70s, I think, from the soundtrack.)

Jean and Harry relocate to the safe house only to find it’s not so safe. Eddie has a lot of secrets including that he was once married to Cal’s present wife, Teri (also great Marsha Stephanie Blake). She also meets their son, Paul, and the grandfather, Art, played by the all-too-welcome Frankie Faison. Eddie’s enemies are coming, and Jean needs their help to fend them off. As it turns out, Jean is a quick study, a fast learner, and we’re happy to go along with her for the ride.

Julia Hart is the daughter of famed screenwriter James V. Hart (“Contact,” “Bram Stoker’s Dracula,” etc) and the wife of her producer Jordan Horowitz (“La La Land”). She’s got movies in her blood, and you can feel it in “I’m Your Woman.” Her characters are savvy and smooth. (They’re also well dressed, but that’s suspense of disbelief.) This film moves, and never looks back. It has no hype at all, and deserves some.