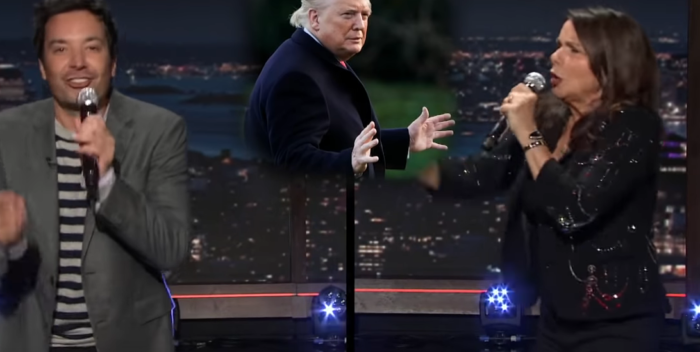 Patty Smyth rocked it out with two singing appearances last night on Jimmy Fallon. Later in the show she performed “Build a Fire,” the first single from her new album called “It’s Time.”

Earlier in the show she and Jimmy dedicated “Goodbye to You” to former president Donald Trump. Patty was on fire last night. Her voice sounded great. Buy her new record!