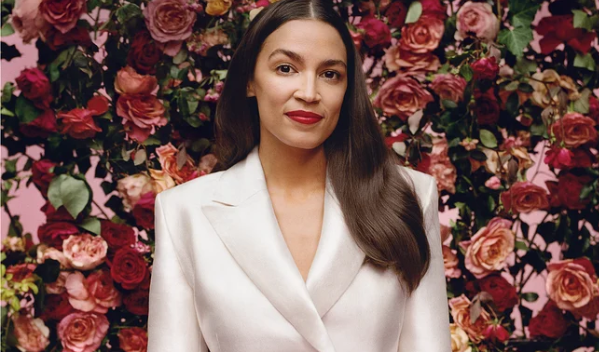 Vanity Fair doubles down on diversity this month with Alexandra Ocasio Cortez, Bronx congresswoman and lightning rod across the country. There has rarely been a first term member of Congress, not even old enough to run for president, who’s gotten this much attention. Will this sell issues? Seems more like an inside story, but Vanity Fair is eschewing celebrity and Hollywood and ditching their old readership. I find it fascinating.

What do we learn? Her close friends call her Sandy
A few, like Representative Ayanna Pressley, go with “Alex.” But becoming AOC—and @AOC—has simultaneously vaulted her into a pantheon of triple-initialed legends and, alternately, given a handy tagline to the right’s worst nightmare. Her beatific face is commodified on twee Etsy greeting cards (“I AOC It’s Your Birthday”) and stamped alongside those of RBG and Frida Kahlo on “feminist prayer candles” and “Latina icon stickers.” Conservative attack ads depict her as socialist villainess. One especially disturbing spot shows a photo of her face on fire before cutting to a pile of skulls.

“It’s very dehumanizing in both ways, strangely, both the negative and the positive,” the congresswoman tells me one afternoon from behind the desk of her Bronx campaign office. “It’s not an accident that, every cycle, the boogeyman of the Democrats is a woman,” says Ocasio-Cortez. “A couple of cycles ago, it was Pelosi. Then it was Hillary, and now it’s me.”

She also gets death threats constantly.
“The death threats seem to spike in concert with Fox News rhetoric. “I used to wake up in the morning and literally get a stack of pictures that were forwarded by Capitol police or FBI. Like, ‘These are the people who want to kill you today,’ ” she says. The torrent of abuse spread to her mother, Blanca, and her younger brother, Gabriel.

“It’s the epitome of being shaken to your core,” Gabriel says. “Getting a phone call from the FBI saying, ‘Hey, don’t open your mail. They’re mailing out bombs.’ ” A designer of AOC’s Cesar Chavez–inspired campaign posters gets death threats; her former dean at Boston University, who introduced Ocasio-Cortez in a 2011 speech viewable on YouTube, regularly fields emails calling him the N-word for “training” her. When President Trump lobs one of his attacks at Ocasio-Cortez—he has called her everything from a “poor student” to a “wack job”—her offices are flooded with calls, voicemails, and emails echoing him.”

She has fashion issues: With a congressional salary now—$174,000, stretched over two of the most expensive cities in America—dressing for the job remains fraught. “It’s legitimately hard being a first-generation woman…and being working class, trying to navigate a professional environment,” Ocasio-Cortez tells me at our Bronx breakfast, where she wears a rust-colored suede moto jacket and a Black Panthers T-shirt.

But she’s also an influencer: Sharing her go-to red gloss—Stila’s Stay All Day Liquid in Beso—translated to a sales spike. “Every time I go on TV, people ask for my lipstick,” she says.