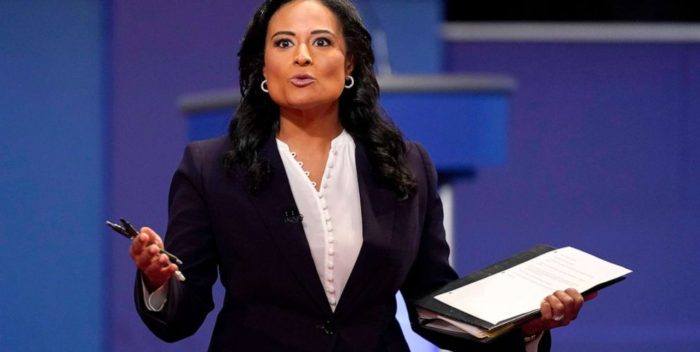 The rough numbers are in for the networks on the final Presindetial debate.

ABC won the night with roughly 9.5 million viewers between 9 and 11 pm.

Numbers for CNN, Fox News, and other cable outlets will come later today.

It’s interesting that NBC didn’t take the lions share considering it was their reporter who did such an excellent job of trying to maintain sanity.

CBS was the only one of the three broadcast networks that didn’t precede the debate with an hour long special. They aired the idiotic “Big Brother” at 8pm. I guess their rationale is that on Sunday they’ll get the audience with “60 Minutes.”

The good news is the debate on ABC and NBC from 9 to 10pm trounced NFL Football. So at least men were watching the debate. Maybe they finally understood that Trump lies like a rug.