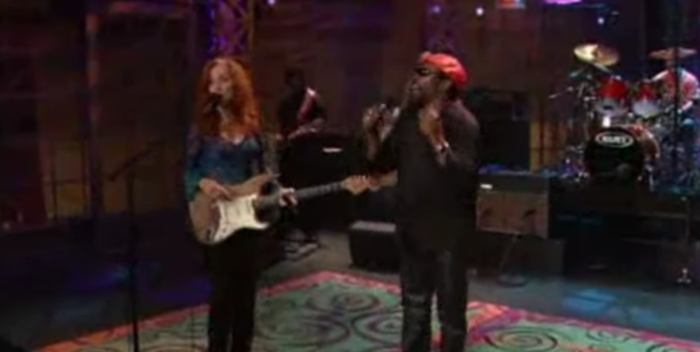 Bonnie Raitt has memorialized Toots Hibbert of Toots and the Maytals, on Twitter. “I will miss you, dear Toots, and treasure the times we’ve shared together on and off stage,” she writes.

Bonnie is class act. I miss her, frankly! Bonnie’s last couple of albums were homemade productions, maybe her best ever. Did I ever tell you about the time BB King asked me from his chair to bring Bonnie over to him? We were at Radio City where Martin Scorsese was shooting his blues documentary. BB said, “I want to tell her she’s the best slide guitarist I’ve ever heard.” Bonnie nearly fainted. I was past that point.

Anyway, nice words from Bonnie, who has brought so many roots and Americana artists to the public. I’m putting “Homegrown” on the turntable right now. 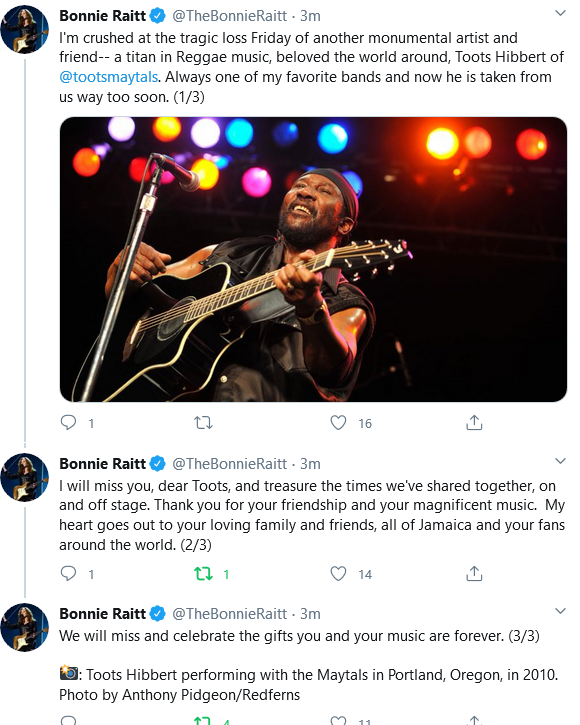