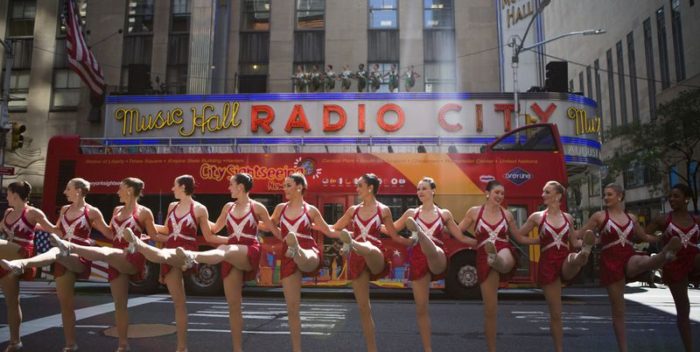 Reality has set in: Radio City Music Hall has cancelled the Christmas Spectacular for the first time since 1933.

I give them credit for acknowledging the inevitable instead of saying it might happen or could be virtual. No. It simply can’t happen. They can’t have 5,000 people jam into the world’s most famous theater during this pandemic.

And this should tell us what’s going to happen with movie theaters. If Radio City isn’t opening, neither are they. “Tenet” is not going to play in New York over Labor Day weekend. Until there’s a vaccine, there will be no Broadway or any other live theater. Not this fall, and not this winter.

New York– and most cities– are going to be very different this holiday season. It’s time to face facts.  This means a stunning amount of unemployment– not just for the Rockettes, but for the entire production.

“We regret that the 2020 production of the Christmas Spectacular Starring the Radio City Rockettes … has been canceled due to continued uncertainty associated with the COVID-19 pandemic,” said a Tuesday statement from MSG Entertainment.

“We are disappointed for everyone involved with the show, as well as for the many fans who make the Christmas Spectacular a cherished part of their holiday tradition.”