Kanye West had a busy day. He entertained Justin Bieber and Damon Dash. Then he apologized on Twitter to his wife, Kim. After that he showed off a water color that he said was the cover of the album he didn’t release on Friday called “Donda.”

Here’s what he wrote to Kim:
“I would like to apologize to my wife Kim for going public with something that was a private matter.
I did not cover her like she has covered http://me.To Kim I want to say I know I hurt you. Please forgive me. Thank you for always being there for me.” 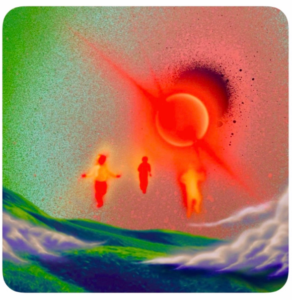