A huge new lawsuit against Fox News, anchors and personalities, indicates that nothing has changed since Roger Ailes and Bill O’Reilly’s era led to disgrace and dismissal.

Two women, Jennifer Eckhart and Cathy Areu have sued the network and Ed Henry– since fired, as well as Sean Hannity, Tucker Carlson, and even Howard Kurtz. Howard Kurtz. The allegations against all the men are stunning and are backed up in the complaint with copies of emails and texts.

Eckhart claims she was “violently raped” by Henry after he groomed and he promised her career advancement. The rape occurred while she was “helpless and restrained in metal handcuffs, as Mr. Henry preformed sadistic acts on her without her consent that left her injured, bruised and battered with bloody wrists.”

Eckhart says Henry “sexually assaulted her on office property, and raped her at a hotel where Fox News frequently lodged its visiting employees, thereby facilitating, whether knowingly or unknowingly, Mr. Henry’s conduct.” Henry, she says, called her his “Little whore” and “sex slave.”

Included in the complaint are texts between Ekhart and Henry: 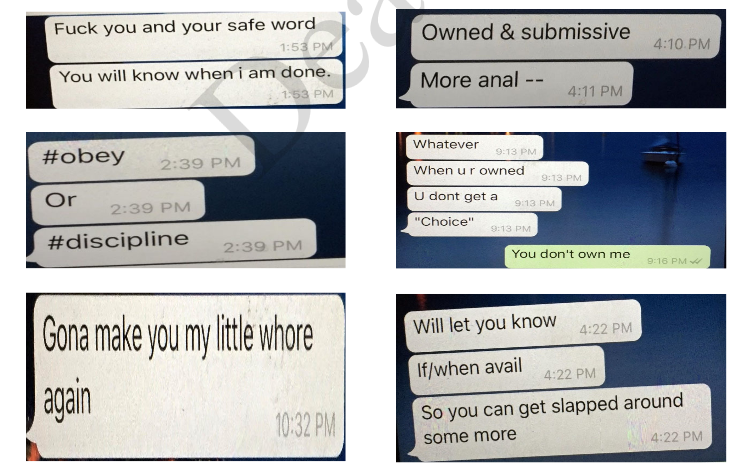 In addition to Ekhart’s claims, Cathy Areu alleges multiple situations of appropriate behavior, texts and emails from Sean Hannity, Tucker Carlson, and Howard Kurtz that are spelled out graphically in the complaint. She also names Gianno Caldwell, a political analyst for Fox News based in Miami, as a transgressor.

Considering what happened with Ailes and O’Reilly, it would seem that the “fish stinks from the head” lingers, and that the atmosphere at Fox News hasn’t changed much in the last two years.

Ekhart and Areu are asking for a jury trial. In the old days, Ailes would just pay them off, and shut them up. But post-Gretchen Carlson and O’Reilly’s $32 million settlement with another employee, I’m not sure that’s going to happen this time.