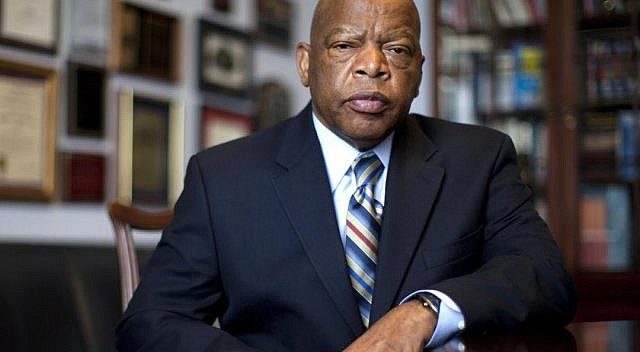 Congressman John Lewis, a legend in his own time, has died at age 80 from pancreatic cancer. A 17 term representative from Georgia, John Lewis was a beacon, a shining light in the civil rights movement. His loss is huge, particularly now.

The congressman announced in December 2019 that he had been diagnosed with Stage 4 pancreatic cancer.

Martin Luther King III has written on Twitter: John Lewis was an American treasure. He gave a voice to the voiceless, and he reminded each of us that the most powerful nonviolent tool is the vote. Our hearts feel empty without our friend, but we find comfort knowing that he is free at last.” 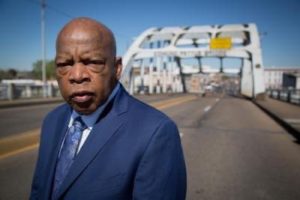 “I have been in some kind of fight ― for freedom, equality, basic human rights ― for nearly my entire life,” Lewis said in a statement at the time. “I have never faced a fight quite like the one I have now.”

I was honored to meet and talk to John Lewis over the years thanks to our mutual friendship with Aretha Franklin. Just being in his presence was thrilling. Please, let’s read all the tributes to him, especially from Barack Obama and Bill Clinton.

Clinton: “Hillary and I were blessed by his friendship, support and wise counsel. We’ll miss him so much, but we’ll always be grateful that he lived to see a new generation of Americans take to the streets in search of his long sought “beloved community.”

“Today, America mourns the loss of one of the greatest heroes of American history: Congressman John Lewis, the Conscience of the Congress.

“John Lewis was a titan of the civil rights movement whose goodness, faith and bravery transformed our nation – from the determination with which he met discrimination at lunch counters and on Freedom Rides, to the courage he showed as a young man facing down violence and death on Edmund Pettus Bridge, to the moral leadership he brought to the Congress for more than 30 years.”