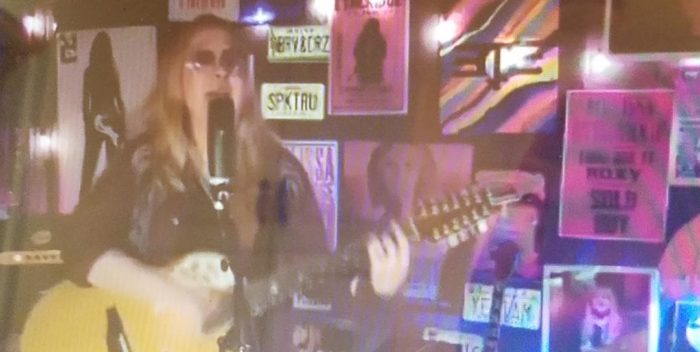 WME agent Richard Weitz and daughter Demi raised $100,000 last night in their weekly four hour Zoom call that had around 400 guests and what seemed like 400 stars.

There were some pop-ins, too, from LLCool J and Grammy chief Harvey Mason, Jr. 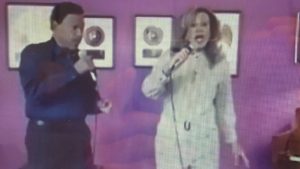 For donating a lot and being extra generous, party guests got their money’s worth, I’d say. When Marilyn McCoo and Billy Davis Jr of the Fifth Dimension sang a perfect “Up Up and Away” pretty much everyone kvelled like mad and cheered like crazy. They also honored Whitney Houston for Clive with “I Believe in You and Me,” and Marilyn sang a little bit of “Saving All My Love for You” acapella. (Trivia note: She recorded it before Whitney!) Marilyn is one of our greatest singers ever, but Billy is really an unsung hero. He could have had a solo career easily. All the 5th Dimension were so talented. PS Jimmy Jam “fanboyed” all over them!

Over the four hours, Robin Zander led Cheap Trick through their hits and was hilarious. How did they get their name? They went to a Slade concert, which had a lot of special effects. “I said, they used every cheap trick in the book,” recalled Zander, and thus a new band was born. “Surrender” still kills.

Melissa Etheridge came on toward the end, she lost a kid two months ago. She’s a trooper. She dedicated “Me and Bobby McGee” to Clive as a tribute to Janis Joplin. They could release it as a single, and should. Mindblowing. Also, a medley of Melissa’s “Come to My Window” and Janis’s “Piece of My Heart.” I could listen to Melissa Etheridge all day. When Clive heaped praise on her, she nearly fainted.

So you get the idea. This was maybe the 17th or 18th of these Saturday Zoom parties. They let me in so I can tell you about it, but it’s about raising lots of  money for great causes. The Weitzes have pulled together over $6 million so far, which is literally amazing. Richard Weitz as the main host is indefatigable. He says on every call — I paraphrase– “24 hours ago we had no one.” His 17 year old daughter, Demi, has so much poise and smarts. There’s a rumor she’s going to get her own podcast now. I’ll listen!

Who’s next? I heard a rumor that Al Stewart may be in the mix. Alan Parsons– who only engineered Beatles and Pink Floyd albums– told Clive last night that he was the one who put the horns on “Year of the Cat,” turning it from a folk song into “Casablanca” for the ears. And who knows? The world is their oyster.

PS If I understood him correctly, Charlie Wilson said he never got paid anything for his work with the Gap Band. It was only after he met his manager and went solo that things changed. He is very very cool. He also sang “You Dropped a Bomb on Me” spontaneously!

PSS Gavin DeGraw is still the same 20 years after I met him. Affable, fun, and so talented. Clive signed him after seeing him play at Wilson’s, a great club back in the day. Debbie Wilson was Gavin’s manager. Those were the days!