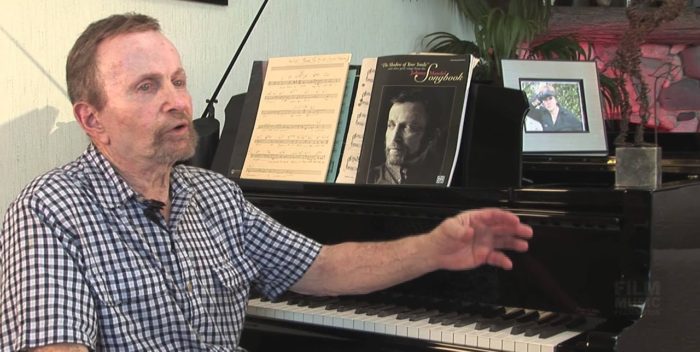 Johnny Mandel is being mourned and celebrated today. He was a prolific scorer of movies and wrote hundreds of great songs. His most famous song was “The Shadow of Your Smile,” such a classic that there are hundreds of covers of. I picked out a couple below. The song won an Oscar from the movie, “The Sandpipers.”

In 1969 Johnny took some lyrics from “MASH” director Robert Altman’s son Michael and wrote the theme song for the hit movie. JOhnny’s instrumental version became the theme for the TV show. You can hear it somewhere every day.

Johnny Mandel came in a wheel chair one year ago to the Grammy Lifetime Achievement show at the Dolby Theater. He was sharp as a tack even at age 93. It was a thrill to see him, everyone loved it. His legacy is huge. Rest in peace.